Brumos back for Daytona and Sebring with Dempsey/Wright 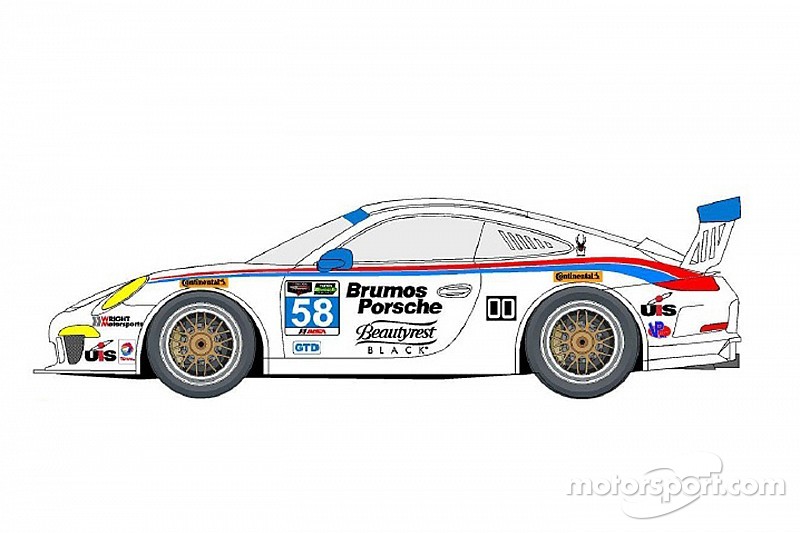 The Rolex 24 at Daytona is a very special race, a midwinter twice-around-the-clock exercise in perseverance and performance. Every year racers flock from around the world to Daytona Beach for this contest, held this year on January 24-25.

It’s a time of renewal - the sports car racing season begins - and one of remembrance. This year Dempsey/Wright Motorsports joins one of the most successful teams to compete on the 3.56-mile Daytona International Speedway road/oval course, forging a marketing partnership with Brumos Racing for Daytona - and for the Mobil 1 12 Hours of Sebring - that will see its #58 Porsche 911 GT America compete in the Tudor United Sports Car Championship’s (TUSCC) premier event flying the famous blue-and-red-on-white colors carried in the past by Brumos Racing.

This GTD class Porsche wearing Brumos colors is sure to evoke plenty of memories for all gathered for the 24-hour contest, as visions of Peter Gregg and Hurley Haywood, who were the first and most famous of Brumos’ drivers and who posted the first of four overall victories in 1973 with a Brumos Porsche, marking more than 40 years. In 2011, Brumos secured the 2011 Grand-Am GT championship and the team’s final race was in 2013 at Road Atlanta.

Now this famous racing name returns to the site of its most famous victories with Dempsey/Wright Motorsports and drivers Patrick Dempsey, Madison Snow, Jan Heylen and newly added fourth driver Philipp Eng of Salzburg, Austria. Eng, 24, earned his first GT title in Porsche Carrera Cup Germany this past October by posting consistently fine finishes, including his third-place result in the season closer at Hockenheimring. He had three victories and nine podiums en route to the title, earning the opportunity for his first appearance in the Rolex 24.

Eng said, “I am very grateful for this opportunity to come and race in the United States. Porsche introduced me to John Wright and he gave me the chance to do my first Rolex 24 with Porsche. I really hope that it will be as successful as my 2014 [season was]. Being part of such a great team with very fast teammates is phenomenal.”

He’s worked with Madison Snow in the 2014 Porsche Supercup race at Austin, but doesn’t know yet Jan Heylen. Eng had the opportunity to meet Patrick Dempsey at Porsche Motorsport Night of Champions in December and noted, “We had a good chat about Daytona. It will be really cool to be racing with him and I am sure he will give everything he can to have a good result.”

The chairman of Brumos Racing, Dan Davis helped put this project together. “Wright Motorsports,” he said, “is the best-qualified team in the class and with John’s [Wright] group of talented drivers we look forward to successful racing.” Haywood, who is vice president of Brumos Automotive, having retired from professional racing - well, maybe - added, “John Wright is a class act. The Rolex 24 at Daytona and the 12 Hours of Sebring make a smart pairing with Dempsey/Wright Motorsports for Brumos - and I’m excited to be a part of it.”

John Wright was part of a Brumos Racing effort in 1995 when Haywood was still driving for the team. They fielded a ROHR/Brumos 993 GT2 entry and Wright recalled, “Bob Snodgrass, Jim Bailie and the core Brumos organization showed me how a professional team operated. It was a monumental experience for me. In 2012 we came together again and it was such a great experience working with Dan Davis, Hurley Haywood and Skip Schinsing that we wished we could continue the remainder of the year. We ran against each other in 2013 and Brumos didn’t compete during the 2014 season. I, for one, am very glad to have Brumos in action again - and I’m honored that it’s with our team.”

Testing for the Rolex 24 at Daytona takes place January 9-11 and Dempsey/Wright Motorsports will be among the teams present to prepare for the race two weeks later.