Cadillac "can finally get the job done" for WTR at Sebring 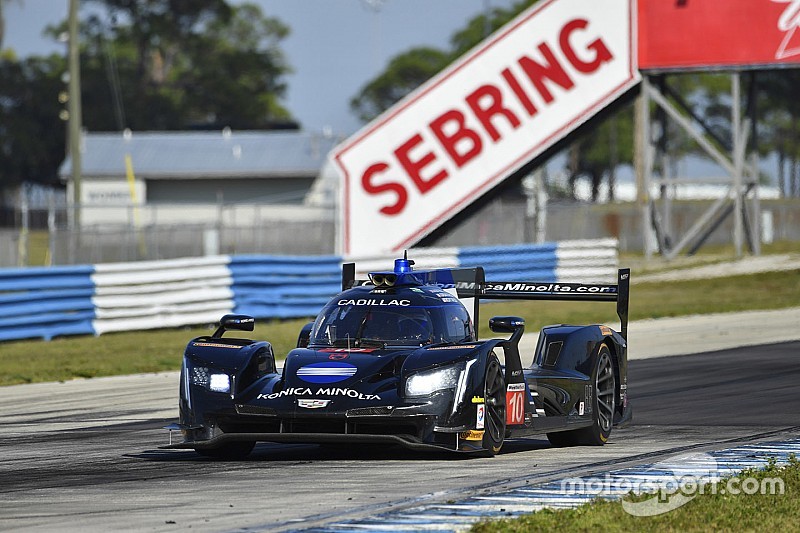 Wayne, Jordan and Ricky Taylor are confident that their Rolex 24-winning Cadillac DPi-V.R can earn the team its first Sebring 12 Hours win this weekend, given its pace and reliability.

Wayne Taylor, who won the race as a driver in Doyle Racing’s Riley & Scott-Oldsmobile back in 1996, has yet to clinch the Sebring laurels as a team owner. However, he believes the Cadillac, which will be driven by his sons Jordan and Ricky and team newcomer Alex Lynn, offers the Wayne Taylor Racing squad its best chance of changing that.

He said: “We had what looked to be a really good test at Sebring despite some restrictions placed on us since Daytona, and even more since the Sebring test. We showed we have the best car, the best team, and that Cadillac is here to win races. Our new third driver Alex Lynn proved to be very fast and, at the test, Brian Pillar, our engineer, said he’s probably the fastest third driver we’ve had at Sebring.

“I’m really looking forward to going out there and finally getting the job done at Sebring. We had issues two of the three times we’ve raced there. And the time we finished second we still finished a lap down.

“It was one of my best races [as a driver] and I hope we can win it. Among other things, it would give Jordan wins at all the major races I’ve won.”

Jordan Taylor put the #10 WTR Cadillac on top of the times in the recent two-day test around the 3.74-mile, 17-turn Sebring circuit.

He commented: “We had a great test at Sebring. All throughout the offseason, our testing was mainly for durability and reliability – we never really did any car performance tuning. So it was great to finally get to a test to make setup changes and work on the car itself. We made big progress over the two days. I think we left the test happy with where we were.”

“The car performed flawlessly over the 24 hours at Daytona, so I have no worries heading into Sebring.”

These sentiments were echoed by brother Ricky, who commented: “We did see great reliability for our first time out in Daytona. In my opinion, I feel we have as good or better reliability than anyone in the field. We have by far the most testing miles and proved it with the solid performance in Daytona.

“I think the competition will be much closer than in Daytona. I am confident we have a fast racecar but the unknown is whether or not everyone else was showing their full potential as we never know what their test plan may have been. Regardless of pace, we know our car has great reliability and the team can execute a faultless race, which oftentimes is what wins races over a simply fast racecar.”

GP2 ace Lynn added: “I would say that confidence is generally quite high. The Konica Minolta Cadillac DPi-V.R was a fantastic car straight away. Like with most good cars, it gives you a lot of confidence immediately and I felt comfortable within the first few laps. The team did a great job in preparing me for what to expect from both the car and the track.

“Everyone always goes on about the bumps. It was bumpy, but the main difficulty is with the surface changes in the middle of the corners, which affects the behavior of the car. I expect it’s going to be tough – on the drivers as well as the car. But I have faith in the team and in my teammates that we will be there at the end and where we deserve to finish – in a nice position.”

Ford ready for the “bumps and holes” of Sebring