Drivers from across all three Cadillac teams are convinced they can defeat the Acuras and Mazdas in this weekend’s 58th running of the Rolex 24 Hours at Daytona.

The Cadillac DPi-V.R has not been beaten in the IMSA WeatherTech SportsCar Championship’s round-the-clock classic since the model was introduced three years ago, with Wayne Taylor Racing heading to Victory Lane in 2017 and ’19 and Action Express Racing landing the laurels in ’18.

“I feel like we have a very strong shot at winning the race,” said Nasr, who won the IMSA Prototype title in 2018 but who has been forced to accept runner-up spot in the Rolex 24 for the past two years.  “I want to get this prestigious race on my win resume.

“As we saw at the Roar [Before the 24], there is a very strong field. The Acura and Mazdas are very fast. Also, the Cadillac teams are strong as well. All of the cars have good drivers. As [team principal] Gary Nelson says, we expect to win."

Albuquerque observed: “The Roar was really good. We were happy with the balance of the car on the new Michelin tire.

“We will need to have a trouble-free race. The team will give us a reliable car and everyone is focused on getting the win this year. The competition with the Mazdas and Acura teams will be close. They both want to win the 24 Hours now that they have won races and Acura the championship." 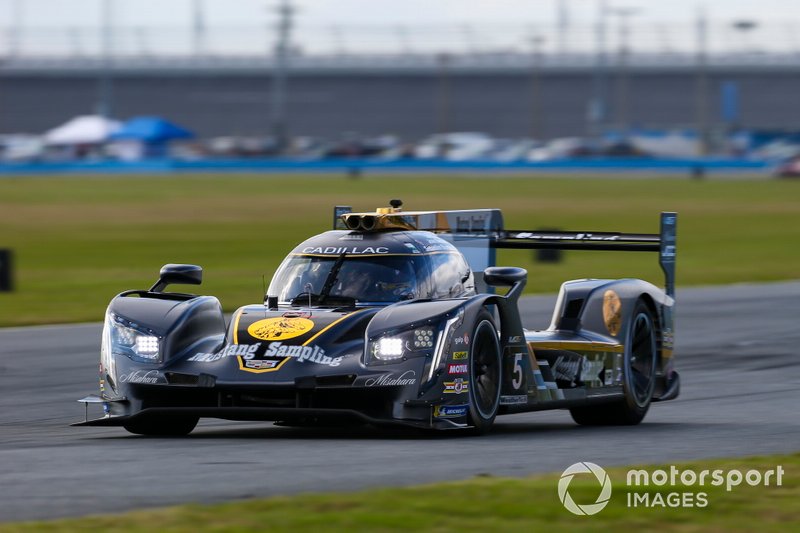 Duval, who won the 24 Hours of Le Mans with Audi in 2013, has a best result of third in the Rolex 24, driving a CORE autosport Oreca in 2018. As a newcomer to the Cadillac DPi-V.R, he commented: “I have driven a lot of cars and the Cadillac, I must say, is really good [and] has a great traction control package. With new tires and even over the long run with tire degradation the car is really, really impressive.

“The Cadillac engine is really nice, it has great response across the revs. We were working hard to get the front to agree with the back of the car, but it is really an easy car to drive. Having rear stability is really important for a long race.

"The JDC-Miller team has a good chance this weekend. Driving a Cadillac you always have a good chance at Daytona. It will take a total team effort. We were kind of late coming together with JDC-Miller and the drivers, but everyone is motivated. It is never easy to start such a program with the first race of the season being 24 hours.

“We have a good group of people with a lot of experience on the technical and mechanical side. With Joao and Sebastien that makes it easier as well. We will run a good pace and stay with the leaders. We will see where we are as a team when the sun comes up on Sunday so we can go for it.

“I've won Le Mans and to win the Rolex 24, for me, would be something special. We will be humble, as it is a very strong field." 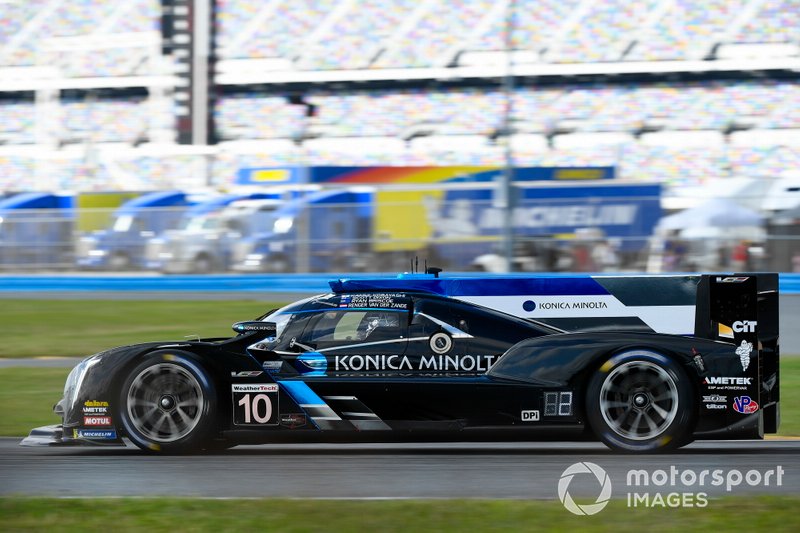 Briscoe, who like Dixon has switched across to Prototypes from the Chip Ganassi Racing-run Ford GT team in the GTLM class, added: “The #10 Konica Minolta Cadillac DPi-V.R team is the best in the business and I have an incredible lineup of teammates to fall back on and learn from.

“Wayne [Taylor] and Max [Angelelli] know what it takes to win this race, both as drivers and as team owners, and I hope to contribute to their winning tradition at the Rolex 24."

Kobayashi and van der Zande were part of WTR’s winning line-up in 2019, along with Jordan Taylor (now at Corvette Racing) and Fernando Alonso. Briscoe himself has twice won the GTLM class at Daytona – 2015 with Corvette Racing, 2018 in the CGR Ford – while Dixon has three wins in the IMSA classic, all with Ganassi. Two were overall triumphs – using a Riley-Lexus in 2006 with the late Dan Wheldon and Casey Mears, and a Riley-Ford with Tony Kanaan, Kyle Larson and Jamie McMurray in 2015 – while the third was the Ford win in ’18 shared with Briscoe and Richard Westbrook.