Tatiana Calderon will make her IMSA WeatherTech SportsCar Championship debut in January's Rolex 24 at Daytona as part of the all-female GEAR Racing team.

The 26-year-old Colombian, who raced in Formula 2 this season, will partner Katherine Legge, Christina Nielsen and Ana Beatriz in the team's Grasser Racing Team-run #19 Lamborghini Huracan GT3 Evo for the Florida endurance classic.

Legge and Nielsen had previously been announced as GEAR's full-time drivers for 2020, while Beatriz joins the pair for Daytona, the Sebring 12 Hours and Petit Le Mans.

“I’m very excited to join GEAR Racing and this driver line-up!" commented Calderon. "The Rolex 24 is one of the most exciting and challenging races in the world. I’m looking forward to being part of it.

"Coming back to America where I started my international career [in Star Mazda, now Indy Pro 2000, in 2010-11] is quite special. I can’t wait to drive on the famous Daytona banking for the first time!"

Calderon made her first foray into sportscar racing earlier this year when she joined the Porsche Supercup grid in Mexico City.

She admitted to Motorsport.com following the final round of the F2 season in Abu Dhabi that a return to the F1-supporting championship was unlikely, and that she intended to explore opportunities to compete in American racing.

The Alfa Romeo F1 test driver will get her first experience of GEAR's Lamborghini during the Roar Before The 24 test at Daytona on January 3-5.

Prior to that, she will contest the opening round of the F3 Asian series this weekend at Sepang with the Seven GP squad.

“I couldn’t be more excited to be back at IMSA for 2020 with such a great team!" said the Brazilian. "In 2019, I had the opportunity to race with Katherine and Christina which was an incredible experience.

"I am honored to be part of GEAR Racing and I’m confident we will achieve great results. I can’t wait to drive the No. 19 GRT-prepared Lamborghini at the Roar [test] with the girls!" 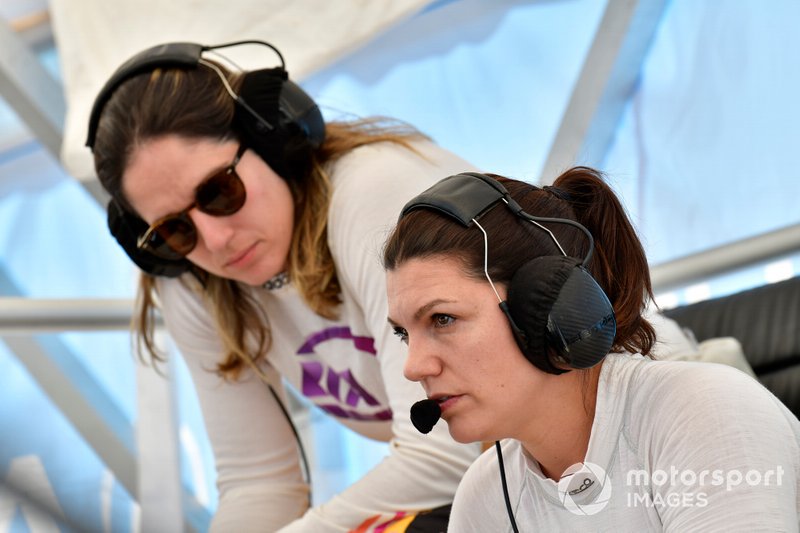