Tatiana Calderon admits she was "shocked" by her first real experience of endurance racing, as she prepares to take part in this weekend's Rolex 24 at Daytona with the all-female GEAR Racing squad.

During this month's Roar Before the 24 test, the Grasser-supported GEAR team posted the seventh-fastest time in the GT Daytona class as all five Lamborghini entries showed well.

Calderon described the experience as "incredible" and revealed how she was relishing the collaborative atmosphere of the IMSA paddock in general, a stark contrast to the often cut-throat world of junior single-seater racing.

"I had never been to Daytona so to drive for the first time on the banking was something quite special," she told Motorsport.com.

"Also driving in the night with so much traffic. We are in the slowest category and I’ve never been in a situation when you have to watch your mirrors or be so aware of people catching up to you. It was definitely a shock! 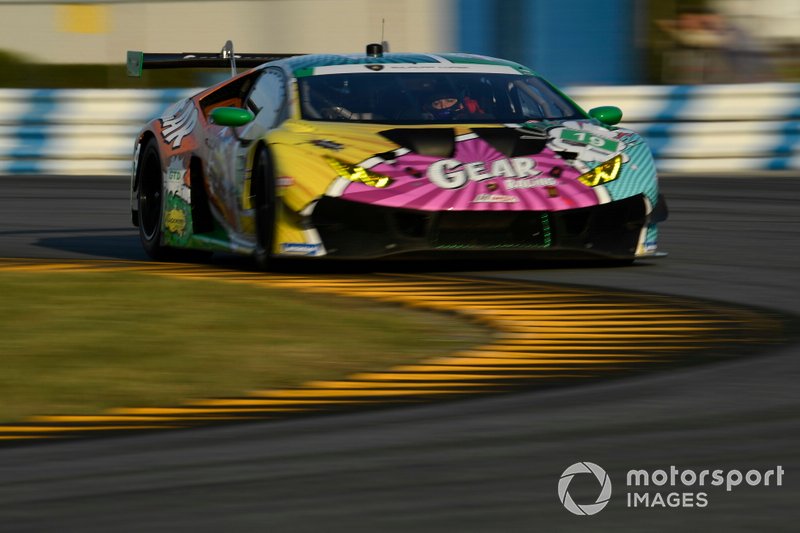 "It was a lot to take in, but I really enjoyed it. The team has been super-open trying to get me prepared for the 24 hours. I’m really enjoying the teamwork.

"It’s a nice change [from F2]. You are so much more relaxed. Everybody talks to everybody, even people from different teams – that’s something that was a shock for me, I need to open up and get used to sharing that much."

On her expectations for the race, the Colombian said: "I think we can fight for the top five. We have a competitive package, so if we can stay out of trouble and look after the car and get ready to attack in the last couple of hours, we have a good chance."

Calderon, who is also racing in Super Formula this year, could also yet take part in further IMSA races with the GEAR squad this season.

While Legge and Nielsen were named as the team's full-time drivers, ex-IndyCar racer Ana Beatriz had been signed as the third driver for the four Michelin Endurance Cup rounds, only for the Brazilian to be replaced by Frey ahead of the Roar.

Beatriz is believed to have backed out of the deal due to her pregnancy, having announced the news on her Instagram page earlier this week.

"We’ve been discussing it," said Calderon on the prospect of further IMSA outings beyond Daytona. "We are still trying to put everything together, but it’s definitely something worth looking at and we will discuss with the team [further] after the race."