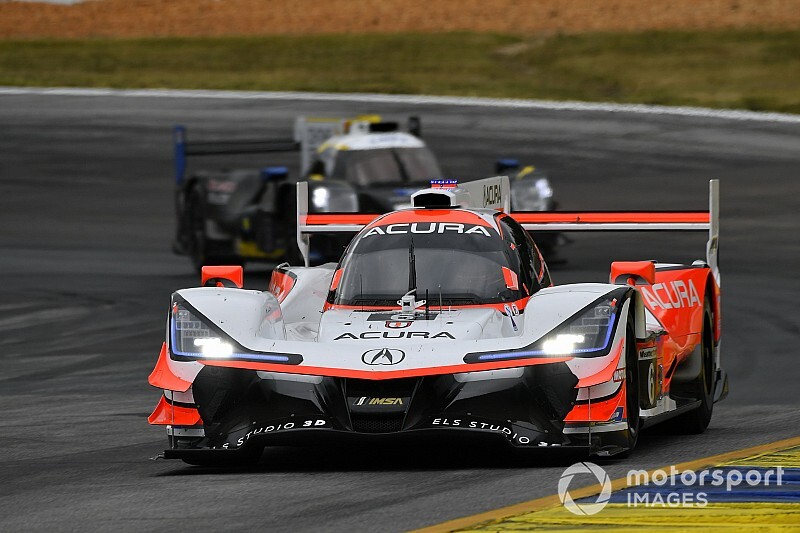 Cameron’s Acura ARX-05 lapped the 2.54-mile course in 69.095sec, 0.252sec faster than Tristan Vautier’s best effort in the #85 JDC-Miller Cadillac – a car that was spun into the Turn 6 gravel a little later in the session by Juan Piedrahita.

Piedrahita was not the only DPi driver to cause a red flag, as the sister JDC-Miller machine also got beached early on, and Tristan Nunez’s Mazda RT24-P fell off the track surface at Turn 10.

Third was Filipe Albuquerque in the #5 Action Express Racing Caddy, while Wayne Taylor Racing made it three Cadillacs in the top four with Renger van der Zande at the wheel. He was almost three tenths clear of Ricky Taylor’s best in the other Acura.

Meanwhile Pipo Derani’s fastest in the second AXR entry put him ahead of the two Mazdas.

Behind, the two Fords sandwiched the points-leading #912 Porsche of Earl Bamber, Laurens Vanthoor and Mathieu Jaminet.

In GT Daytona, Jeroen Bleekemolen topped the charts in the Riley Motorsports Mercedes AMG-GT3 ahead of the Motaplast by Land Audi R8 LMS of Christopher Mies, Richard Feller and Daniel Morad.

Scuderia Corsa’s Ferrari 488 GT3 and Turner Motorsports’ BMW M6 GT3 were next up, while the #86 Meyer Shank Racing Acura NSX GT3 completed the top five, despite Justin Marks being the cause of a fourth red flag of the session with an off at Turn 10.