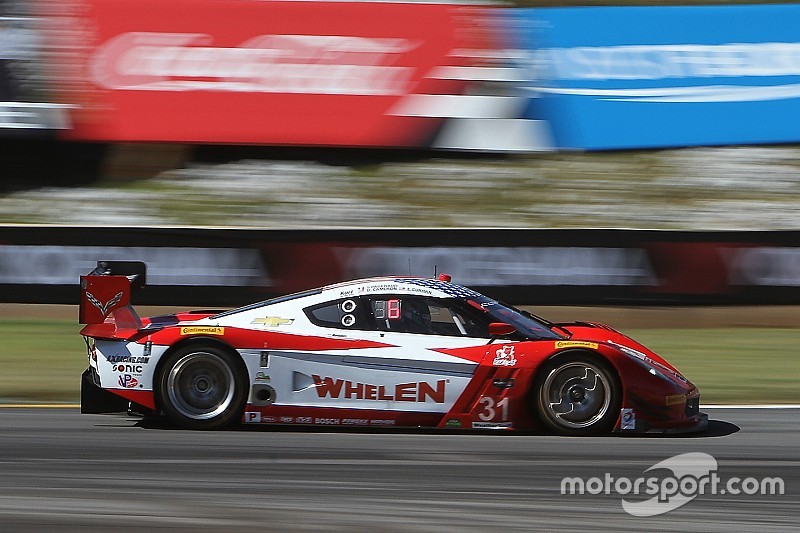 The IMSA WeatherTech SportsCar Championship finale at Road Atlanta got off to a quiet start, but there were major order changes following the first rounds of pitstops.

Thereafter, Pla’s lead stretched past the 10-second mark before Nunez started making gains in traffic, while further back Taylor’s recognized aggression through backmarkers paid off handsomely as he climbed to sixth in class by Lap 23.

On Lap 30, Cameron started the pitstop sequence and fell to the back of the class, but his tactics paid off, as Pla, Fittipaldi and the Mazdas followed suit. On rejoining the course, Nunez had a close call as he tried to get a run on Cameron down the front straight, and the squeeze earned the Action Express driver a warning.

But their battle was now for the lead, as Pla had an unspecified problem with the left-rear corner of the car as he handed over to John Pew. That sent the Shank Ligier to the back of the class and by Lap 58, the erstwhile lead car had been lapped by Cameron, who was holding off the Mazdas of Nunez and Joel Miller who had replaced Long in the #70 car. Behind them ran Dalziel, Fittipaldi and Taylor.

In GT Le Mans, a clash when Toni Vilander’s Scuderia Corsa Ferrari and Joey Hand’s Ford GT got unnecessarily close at Turn 1 on the opening lap cost the Italian car a door mirror, and the Ford GT a place, so that the top five in the opening laps ran in the order of Richard Westbrook’s Ford GT, ahead of Antonio Garcia’s #3 Corvette, Vilander, Daniel Serra in the Risi Competizione Ferrari, Hand, and championship leader Tommy Milner in the #4 Corvette, up one spot ahead of the BMWs and Porsches.

But after the first round of pitstops, there was a major shakeup. Not only did Risi send its car out into the lead, now with Giancarlo Fisichella at the wheel, Westbrook fell all the way back to ninth. That left Hand as Fisi’s nearest opposition, chased by the two Corvettes of Garcia and Milner.

The GT Daytona class participants largely behaved themselves at the start, with Jeroen Bleekemolen keeping the polesitting Viper at the front, chased by the Porsches of Matt McMurry and Mario Farnbacher, while Christina Nielsen slipped to fifth in her Ferrari, sandwiched by the Stevenson Motorsports Audi R8s of Robin Liddell and Lawson Aschenbach.

By Lap 27, Nielsen had dropped behind Aschenbach and also the #48 Paul Miller Racing Lamborghini of Madison Snow.

Prototype Challenge polesitter Robert Alon led the opening stages of the race in the PR1/Mathiasen Motorsports entry, while Stefano Coletti immediately made up for his disappointing qualifying performance by sending the #7 Starworks car into second place. However, the Monegasque made an early, unscheduled pit stop due to a fluid leak and stayed pitside for 13 laps.

That left Kenton Koch in the Performance Tech Motorsports machine to pick a very entertaining fight with Alon ahead of the #8 car of Alex Popow, who together with Renger Van Der Zande are seeking a class championship.

Tomy Drissi’s spin at Turn 10 in the #20 BAR1 Motorsports machine at the 90-minute mark brought out the first full-course caution.