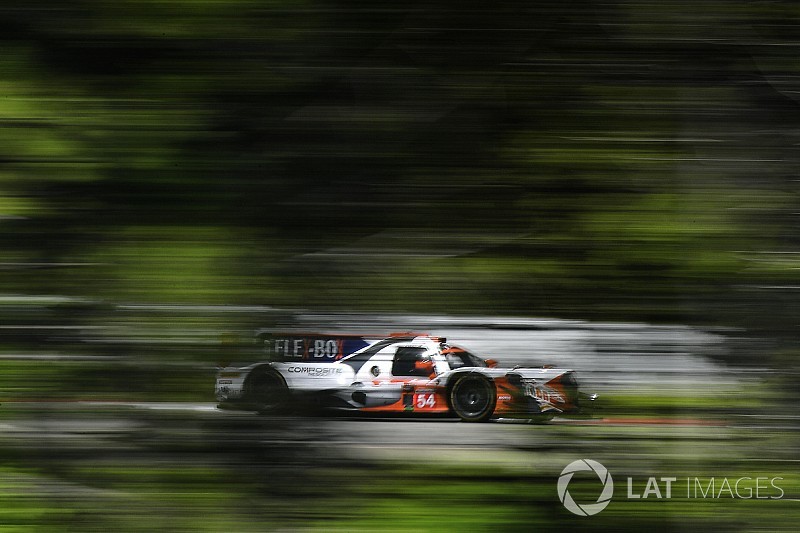 Colin Braun continued his dominance at Canadian Tire Motorsports Park, setting the fastest time in second practice for the IMSA WeatherTech Championship – but his competition was much closer on the timesheets.

Watkins Glen pole-winner Braun, who topped this morning’s first session by almost a second, lapped the CORE autosport-run Oreca LMP2 – which he shares with Jon Bennett – in 1m06.902s.

This time, however, Dane Cameron’s Penske-run Acura DPi was much closer to his pace, just 0.037s in arrears.

Helio Castroneves was third fastest in the second Acura, but almost a second off the pace, with Harry Tincknell fourth in the first of the Mazdas.

Castroneves then caused a red flag halfway through the session when he spun off at Turn 5 and hit the tire wall, inflicting hefty rear-end damage.

Ryan Dalziel was fifth quickest in the sole ESM Nissan, ahead of Felipe Nasr in the first of the Action Express Cadillacs. Robert Alon was seventh in his JDC-Miller Oreca, ahead of Jordan Taylor’s WTR Caddy.

In GT Le Mans, Nick Tandy set the pace for Porsche at 1m14.357s, well ahead of the Chevrolet Corvettes of Antonio Garcia and Tommy Milner. The second Porsche, the #912 car, slumped to fourth in this session, with Laurens Vanthoor some sixth tenths off Tandy’s pace.

As they were in the morning session, the Ford GTs and BMW M8s were next up.

In GT Daytona, Alvaro Parente set the pace for Acura, his 1m16.574s a tenth clear of Kyle Marcelli’s Lexus and the Porsche 911 of Wolf Henzler.