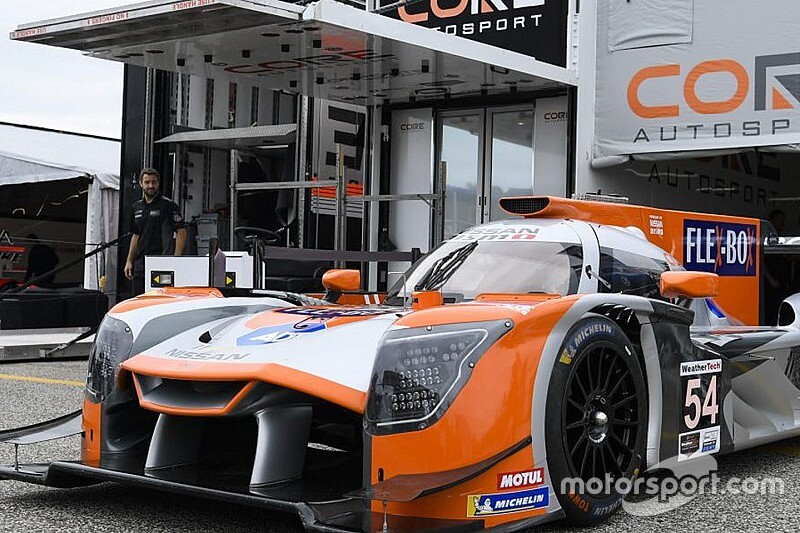 This weekend's season finale at Road Atlanta will signify CORE's last outing in IMSA's top division, with Bennett having announced the decision to stand down from driving duties at the end of the year back in August.

To mark the occasion, the team's Ligier-based Nissan has been decked out in the same orange and silver colors that Bennett used in the IMSA Prototype Lites series back in 2009.

The 54-year-old will share driving duties with regular partner Colin Braun as well as two-time Le Mans 24 Hours winner Romain Dumas, who has taken part in all four long-distance IMSA enduros with CORE this season.

“Pulling my gloves off at the Petit Le Mans will mark the successful conclusion of an incredible motorsports journey," said Bennett. "I have competed in wheel-to-wheel sports car racing for 28 consecutive seasons.

"From the beginning, racing has been my beacon and has shaped most of my life decisions. My dream goals were made possible by the extraordinary team who has surrounded me – with a special thank you to Colin Braun.

“I have been rewarded throughout my career by being smart in the cockpit and driving with sportsmanship. I look forward to continuing that tradition.

Fourth in the season-opening Rolex 24 at Daytona remains the high-water mark for CORE's DPi effort this year, although Braun did take pole at Canadian Tire Motorsports Park.

CORE will continue to operate Porsche's GTLM program next season. The German marque is virtually assured of the class title, with its #912 car of Laurens Vanthoor and Earl Bamber 11 points clear of the sister entry of Nick Tandy and Patrick Pilet.