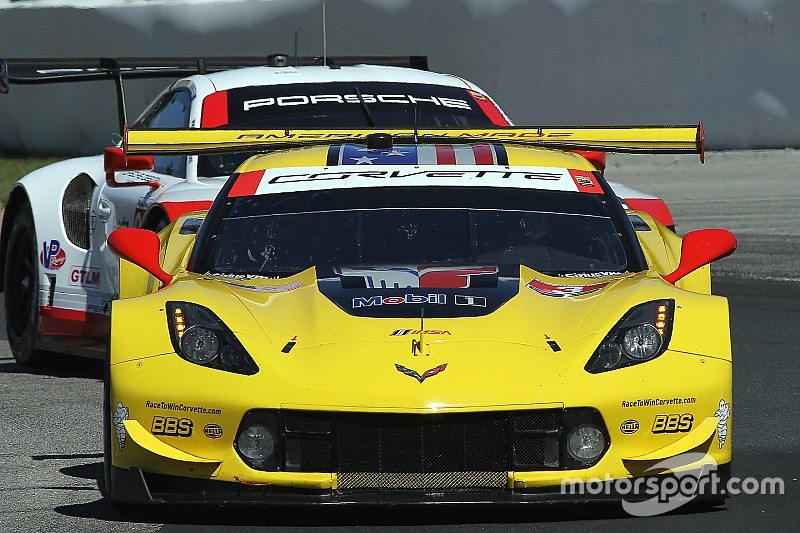 Corvette Racing’s Antonio Garcia said his chances of winning the Canadian Tire Motorsport Park round of the IMSA WeatherTech SportsCar Championship vanished when he was blindsided by the tactics of the winning Ford GT.

Garcia and teammate Jan Magnussen finished second to the #67 Ford GT of Richard Westbrook and Ryan Briscoe, which had stretched its fuel mileage to take advantage of a late full-course caution to make a ‘free’ final pitstop.

Garcia said it was because he was in a lead battle with the #911 Porsche that his crew decided to follow its strategy and pit for the last time with 55 minutes remaining.

“When you know you are running up front and are in a good spot, you need to do the normal strategy,” said Garcia. “When the Porsche dove in, we had to follow them.

“It’s easy to say now that if we had stayed out and run deep in the stint, we would have been able to get a win. But the 67 was the one that pitted right before that yellow.

“I was focused on saving my tires toward the end to get around the Porsche just in case there was a yellow. We got one, but the downside of it was that the 67 was ahead of us.

“But the strategy worked as I had better tires than the Porsche and could get by on the last run.”

Both Garcia and the #4 Chevy of Oliver Gavin/Tommy Milner passed Patrick Pilet's Porsche in the closing stages to record a Corvette 2-3, but there was no time to catch the #67 Ford.

Magnussen rued: “It was a tough race. Just with the way that the last safety car and how the Ford made it in and out without really taking a loss made it really difficult for us, and not realistically a chance for us to come back.

“So, second and third is probably the best we could have hoped for in this situation.”