Corvette Racing focused on racecraft in 2017 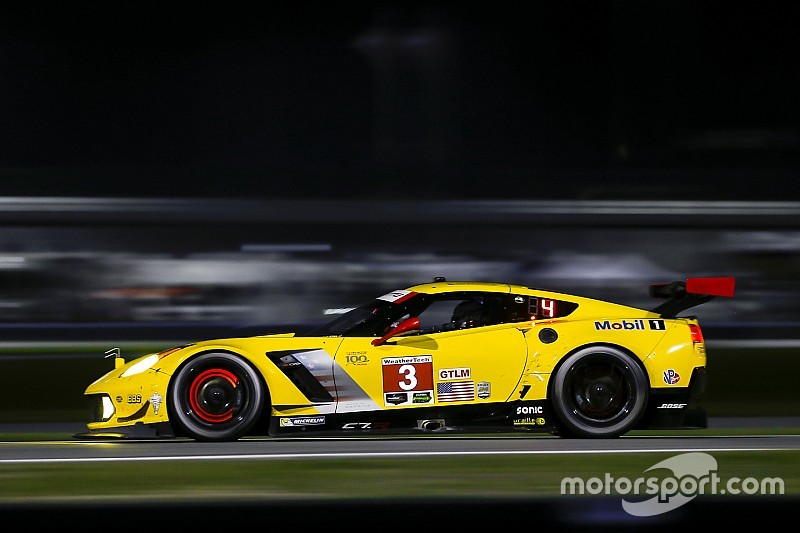 With the exception of the all-new Porsche 911 RSR, which is now mid-engined, allowing a huge rear diffuser, the cars contesting GTLM in 2017 have largely stayed the same as they were in ’16.

Following a close four-way battle in the closing stages of last months Rolex 24 Hours at Daytona, between a Ford GT, Ferrari 488, Corvette C7.R and Porsche, Johnson says maximizing the Corvette package and eliminating team errors will prove crucial vital for the team’s success at Sebring next month, and beyond.

“The technical regulations for the Corvettes remain the same as in 2016,” he said, “but there was still plenty of work to do… It gave us time to catch our breath and work on racecraft.

“When the rules are changing, you focus on that. But when you are running existing rules, your focus turns to preparing the cars to be as good as they can possibly be, and making as few mistakes as you can. You don’t want to lose points because of mistakes, or because of bad choices we made.”

Comparing last season, in which Oliver Gavin and Tommy Milner drove the #4 Corvette to championship glory, to this year’s title campaign, Johnson said: “We definitely had a successful 2016. We had some luck fall our way. But mostly good execution got us where we were.

“[2017] is going to be a horse race. But it’s time wasted worrying too much about what the other teams have. We just have to worry about what we have.”

The fastest laps of the Ferrari, Ford, Corvette and Porsche around the 3.56-mile Daytona road course were covered by less than half a second.