Corvettes at Road America: Back on hallowed ground 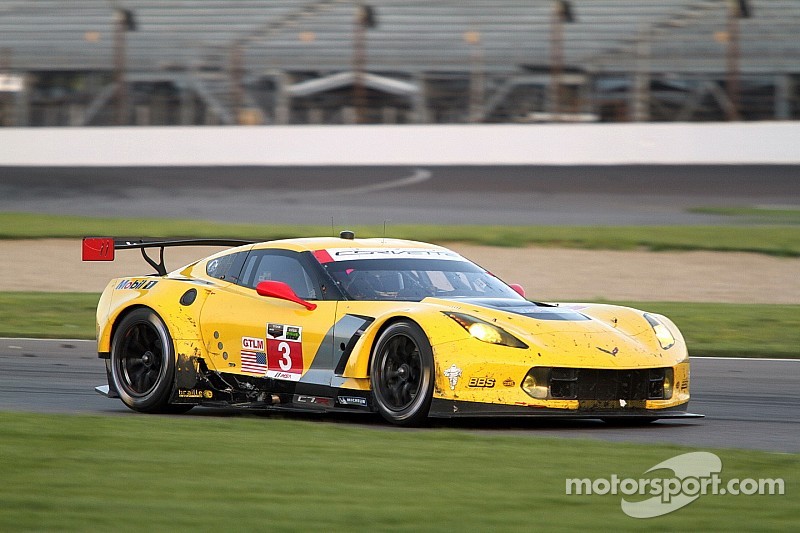 'America’s National Park of Speed' the next challenge for Corvette teams in TUDOR Championship.

One year ago, the landmark 4.048-mile, 14-turn track served as the site of a coming together of U.S. sports car racing as the American Le Mans Series (ALMS) and GRAND-AM Rolex Sports Car Series competed on the same weekend. Fast-forward to the present day and the TUDOR United SportsCar Championship is headed back to Road America with Corvette Racing ready to make an impact of its own.

Corvette Racing: In a familiar place

Whether it’s for testing or racing, Corvette Racing has plenty of laps in-hand at Road America. Since 2002, the team has six class victories to its credit at the circuit – the last coming in 2008. Corvette Racing also routinely tests at Road America ahead of the 24 Hours of Le Mans. In addition, it’s where the team conducted its first test of the Corvette C7.R last August.

In 2013, both of Corvette Racing’s two entries made the GT podium in the American Le Mans Series’ race. Class champions Antonio Garcia and Jan Magnussen were second in the No. 3 Corvette C6.R with Oliver Gavin – a four-time pole winner at Road America – and Tommy Milner third in their No. 4 Corvette.

“Road America has a great reputation not just in America but Europe as well," Garcia said. "It has a little bit of European style to it with the layout and length. Plus there are a couple of large areas of gravel runoff areas for runoff. It is very fast and requires a car that has the right balance between downforce and low-drag. Corvette Racing has a very good history at Road America in the ALMS and with our testing program for Le Mans. Jan and I finished second last year in the final race there with the Corvette C6.R. I am hoping the testing we have done with the C7.R last year and in May will give us that little bit we need to capture victory.”

The ALMS’ GT class has transitioned into the TUDOR Championship’s GT Le Mans (GTLM) class with many of the same competitors. Garcia and Magnussen lead the class championship with four victories this year in the No. 3 Corvette C7.R. Meanwhile, Gavin and Milner are fifth in the No. 4 Corvette.

Corvette Racing’s performance also has Chevrolet in the lead of the GTLM manufacturer standings. The No. 3 Corvette heads the class team championship.

Two weeks ago, the Corvette Daytona Prototype program scored its first victory at Indianapolis Motor Speedway. The four Corvette DPs will look for a repeat at Road America, a place Chevrolet would very much like to capture an overall victory. The Bowtie brand continues to lead the Prototype manufacturer standings with three races to go.

Action Express Racing’s Joao Barbosa and Christian Fittipaldi enter Road America as the Prototype championship leaders following their win at IMS in their No. 5 Corvette DP. The duo placed second in last year’s Road America round and led the Corvette DP contingent.

Burt Frisselle finished third with brother Brian in a second Action Express Corvette DP in 2013. This time around, he will fill in again for Boris Said in Marsh Racing’s No. 31 Corvette DP alongside Eric Curran. Spirit of Daytona Racing’s duo of Michael Valiante and Richard Westbrook, who set the fastest lap of the 2012 Rolex Series race, look for a fourth straight podium following a win, a pair of runner-up finishes and a third-place in the last four races.

“Road America is one of my favorites," Westbrook said. "For me, it's the North American version of Spa Francorchamps. We always have had good pace in Elkhart Lake but Lady Luck has not been on our side the last two years. Road America has a bit of everything: some slow-speed and high-speed corners including the Carousel, which is one of the best corners out there. Good aero balance is key for this corner but it is very hard on the tires. With our recent strong runs, we are in the title hunt so another podium will be needed to continue to stay in contention for the last two events.”

Wayne Taylor Racing’s Jordan Taylor and Ricky Taylor fell to second in the driver standings after Indianapolis behind Barbosa and Fittipaldi. The Taylors are two points back in the championship.