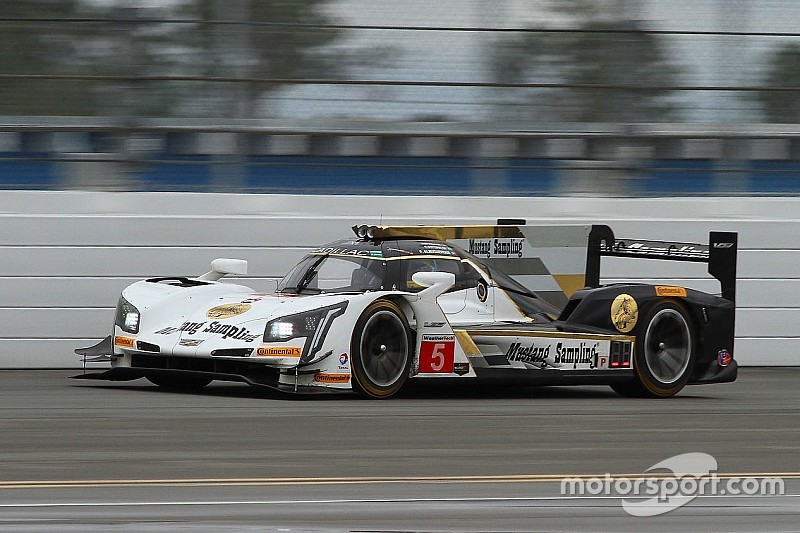 The all-new DPi Cadillacs topped the first practice session for the Rolex 24 Hours at Daytona, with Christian Fittipaldi setting the pace for Action Express Racing.

The top class of the IMSA WeatherTech Championship is a DPi versus LMP2 battle for 2017, and Fittipaldi’s Cadillac DPi lapped the Daytona road course in 1m38.196s, 0.796s ahead of the Wayne Taylor Racing version of Ricky Taylor. That car features NASCAR legend Jeff Gordon in its lineup this weekend.

Michael Conway was third quickest in the second Action Express car, with the leading LMP2 being the DragonSpeed Oreca of former GP2 star Ben Hanley, 2.16s off the fastest Cadillac’s pace.

Mathias Beche was fifth fastest in the JDC-Miller Motorsports Oreca, ahead of the PR1/Mathiasen Motorsport Ligier of Tom Kimber-Smith. Former WEC champion Brendon Hartley was seventh in the fastest of the ESM Nissans.

Ford’s Olivier Pla set the GTLM pace, just a few hundredths of a second ahead of Porsche newcomer Laurens Vanthoor in the all-new mid-engined 911 RSR. Vanthoor was two tenths clear of the second of four Ford GTs, driven by Joey Hand, and Tony Vilander was fourth fastest for Ferrari.

Alessandro Balzan set the GTD pace in his Ferrari 488, ahead of the Lamborghini of Christian Englehart.

The PC class was led by Gustavo Yacaman for BAR1 Motorsports.

There were no major problems during the session, although it did end under a red flag in the closing seconds.