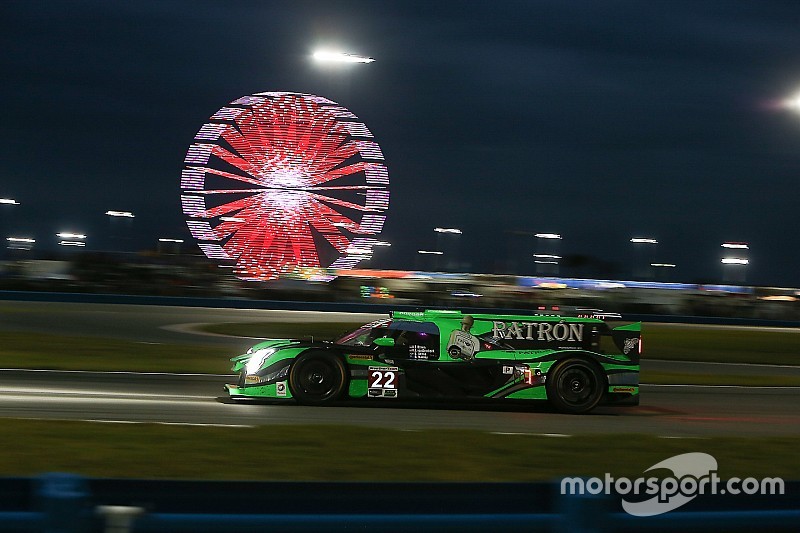 Finally, a non-Cadillac driver is leading the Rolex 24 Hours at Daytona.

Wayne Taylor Racing was leading the field as the race moved deeper into the night, but the timing of a pit stop allowed ESM to lead the way as the clock moved past the top of the hour. Brendon Hartley is at the wheel of the No. 22 Nissan while Ricky Taylor drives the No. 10 Cadillac.

Joao Barbosa runs third in the No. 5 Action Express Cadillac. The sister No. 31 continues to claw its way back forward, now five laps back of the lead.

Not much has changed here, much to the delight of Chip Ganassi Racing. Fords run 1-2 with Sebastien Bourdais in the No. 66 and Tony Kanaan in the No. 69.

In the GTD class, the No. 16 Change Racing Lamborghini Huracan, which was the first car to find trouble earlier, found the wall again at the bus stop chicane. Later in the hour, the No. 15 3GT Racing suffered a right rear tire failure that took the entire quarter panel with it.

At the front, the No. 93 Michael Shank Racing Acura and the No. 54 CORE Autosport Porsche traded the lead with the former having the edge at the top of the hour.

Prototype Challenge is still led by Performance Tech Motorsports, who hold a massive five-lap advantage over their closest adversary.