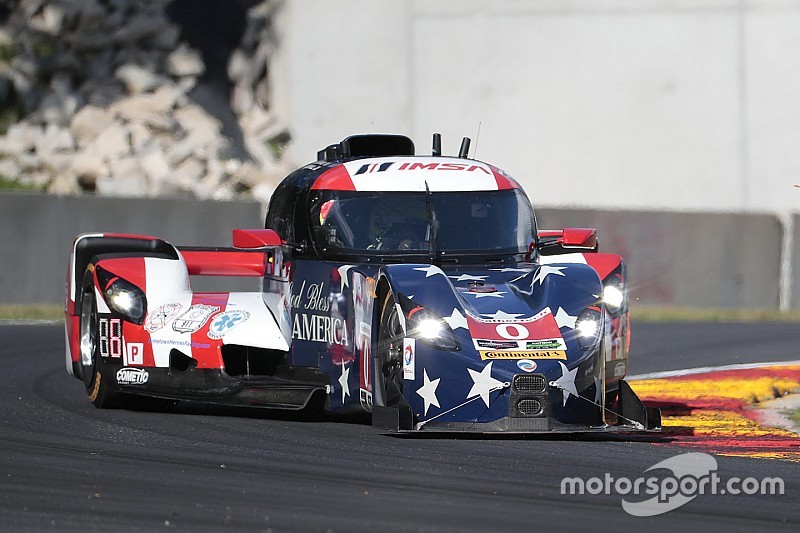 Elkhart Lake, Wis. Aug. 7, 2016 – An exciting race for everyone watching, Panoz DeltaWing Racing took the checkered flag in seventh position at the ninth round of the IMSA WeatherTech SportsCar Championship.

Starting on the grid in seventh, Sean Rayhall kept up with the leaders, climbing to sixth before brake issues hampered his progress. With a quick pit for tires and fuel on lap 17, Rayhall continued until the full course yellow one-hour in initiated a driver change.

Katherine Legge took over and drove the fastest lap of the DeltaWing’s race on lap 58 with a time of 1:58.064 despite continued difficulties under braking. Legge crossed the finish line seventh in class.

The team’s next race will be Lone Star Le Mans at Circuit of the Americas in Austin, Texas on September 14 -17.

Tim Keene: “After the gains we had made over the weekend, I can’t help but be disappointed today. We were off to a good start and five laps into the race Sean reported a strange issue with the brakes which made the car very unpredictable under braking. This issue continued throughout the race and I’m proud of Katherine and Sean for doing a good job and staying out of trouble given these difficult circumstances.”

Sean Rayhall: “Today’s result was disappointing. We thought we had made decent gains during practice but had a few unexpected issues in the race today. We have a test coming up before returning to race at Circuit of the Americas so we will hopefully sort things out and finish the season strong. I would like to thank the team and Dr Panoz for working hard as well as their ‘never give up’ attitude when things aren’t going our way.”

Katherine Legge: “For me that race was heartbreaking as I thought we would do well here as we have in years passed with the DeltaWing. Looking forward to the test where we can hopefully fix the issues we faced today.”