DeltaWing: Three times in P1 position and an unavoidable crash 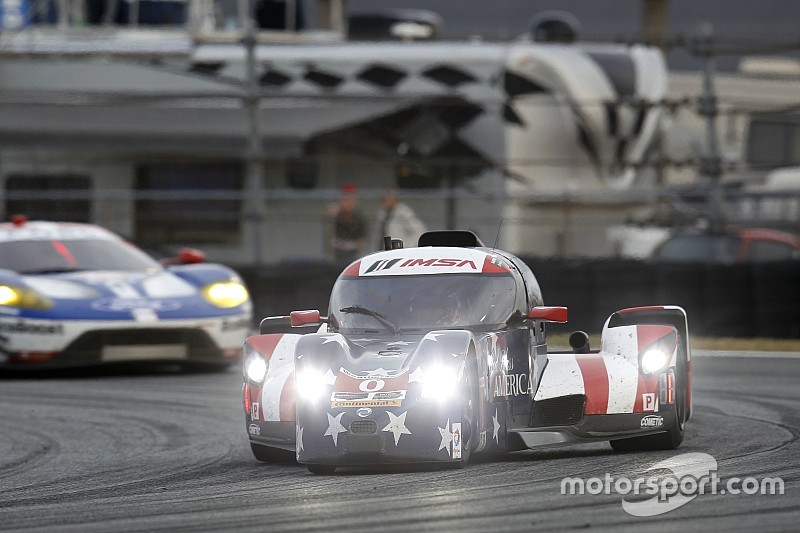 Panoz DeltaWing Racing went from last to first in less than an hour at the 2016 WeatherTech SportsCar Championship’s kick off race in Daytona.

Daytona Beach, Fla. Jan. 30, 2016  – Panoz DeltaWing Racing made history today with Katherine Legge taking the coupe to the front within the first hour of the race. “We’re really at a stage now where we’re showcasing what it’s got,” said Legge when talking about the car. “I’m proud of the team, I’m proud that they gave me a really good car, and I’m proud of the job that I did, as well.”

The coupe consistently ran at an impressive pace, at first chasing then passing the leaders. Both Legge and Andy Meyrick led a combined total of 29 laps out of the 119 completed before disaster struck when the coupe made contact with a PC car sitting stationary on the track.

“It was very unfortunate. The car was in a blind spot with no lights on and it was unavoidable,” said Meyrick. “The radio was intermittent and unfortunately the combined situation resulted in an accident that caused a very successful day to end too soon. I was catching back up with the leader and it’s a real shame we weren’t able to get back up there and enjoy the result we should have had.”

Sean Rayhall: “I’m extremely gutted that our day ended like that. The team’s worked really hard to give us a fantastic race car from the November test and everyone put so much of an effort into it. Andy had nowhere to go and it was really unfortunate to see. I feel so bad for the guys and girls on my team who work so hard and hopefully we’ll rebound at the next event.”

Andreas Wirth: “It’s unfortunate that this had to happen. In my opinion, the circumstances could have been better for Andy and if that had been the case, perhaps this situation would never have happened. I want to thank the team and Dr. Panoz for the opportunity to compete with Panoz DeltaWing Racing in the Rolex 24 Hours of Daytona. The car was great and was definitely capable of being in the top three at the end.”

Tim Keene: “It’s just unfortunate with all the hard work and preparation that went into it that it had to come down to this. I feel bad for Andy as IMSA should have thrown a full course caution long before we got there. We will regroup and move onto Sebring.