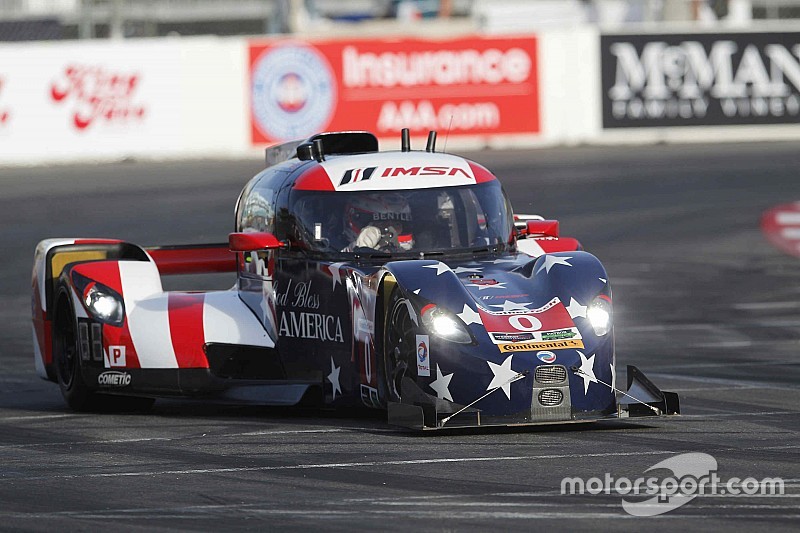 Long Beach, Calif. – Panoz DeltaWing Racing return to the streets of Long Beach with Katherine Legge and Andy Meyrick behind the wheel of the innovative coupe in tomorrow’s race. Qualifying in P6, Meyrick took the coupe around the tricky 1.968mile track in 1:16.006 in an eventful qualifying session.

The day started early with Meyrick and Legge both driving in FP1. Being Meyrick’s first time racing at Long Beach, he took the afternoon’s short second session single-handedly to familiarize himself as much as possible with the track before going on to qualify.

We miss having Catherine Crawford with us but wish her all the best for a speedy recovery.

In sharp contrast, Legge’s experience in Long Beach has been plentiful and successful. Her first race in the U.S. was on this track in Atlantics in 2005 which was Legge’s first win and first major open wheel win by a woman in the world. She then also claimed her first top-ten DeltaWing, Long Beachsuccess in Champ Car on these streets. This will be her sixth year racing here.

Andy Meyrick: “Qualifying went very well. P6 is fantastic and the whole team should be congratulated on the job they’ve done today but also the improvements in the car from 12 months ago is three and a half seconds to within a second. On a personal note, I’m happy. It’s my first day here and I love driving the track. It felt absolutely amazing and I’m looking forward to the race tomorrow.”

Katherine Legge: “I am looking forward to tomorrow’s race. We are a lot closer this year due to the team’s continued development and hard work. We miss having Catherine Crawford with us but wish her all the best for a speedy recovery.”

Tim Keene: “I couldn’t be happier with the result today and all the way through practice. We unloaded with a really good car and the changes that we made today were small but made big differences. We just kept gaining and Andy did a really great job keeping the car within a second of P1. A couple of tenths could have put us within P3 but race pace is usually about a half second to a second slower. Being as close as we were to the front, especially as last year we were about three and a half seconds off the pace, it just goes to show all the hard work and effort we are putting in is paying off. Every time we show up to a race we are improving and I feel really confident we will get a podium sometime soon."