Derani to contest full IMSA season with ESM in 2018 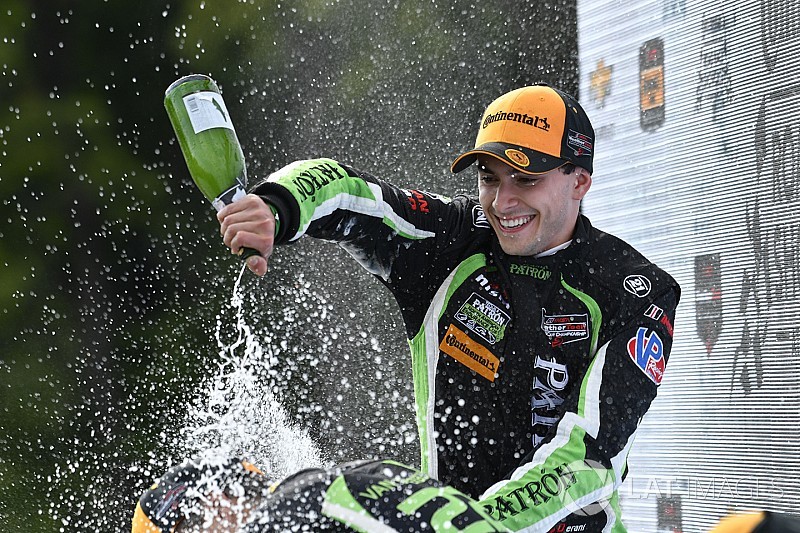 Pipo Derani will contest the full IMSA WeatherTech SportsCar Championship season with Tequila Patron ESM next year, it has been announced.

The 23-year-old Brazilian driver joined the ESM line-up full-time earlier this year in the wake of Patron CEO Ed Brown's retirement from full-time competition, having already signed up for the four rounds of the North American Endurance Cup.

Alongside Johannes van Overbeek, Derani scored the Onroak-built Nissan DPi's first victory of the season at Road America this month, breaking a seven-race winning streak for Cadillac in the process.

Now it's been confirmed that Derani, who made three FIA World Endurance Championship appearances this year for the Ford GT squad and a further outing at the Nurburgring for the Rebellion LMP2 team, will race full-time in the States with ESM next year.

“We are super excited to announce that Pipo will be back for a third year with Tequila Patron ESM next season,” said team owner Scott Sharp.

“On and off the track, Pipo has been exemplary and become part of the ESM family as he shows his talent again and again. We are working hard on all fronts for our 2018 program and Pipo will spearhead that attack."

Derani himself added: “Having a good car next year will not be enough to win races and the championship but with a strong human relationship I am sure we can fly high. That's why I am delighted to continue working with ESM.

"We will continue to push the boundaries in what's left of this year's championship in order to make sure we are the most prepared team once we hit the track at Daytona.

“I would like to thank Scott and Ed for their trust, and the entire team for their tireless job this year in order to bring our Nissan DPi to victory lane after a difficult start to our season."

Tequila Patron ESM will continue its partnership with Onroak and Nissan into next season, and will announce a further three full-time drivers "in the coming months."

Penske confirms Montoya, Cameron in one of its Acura prototypes