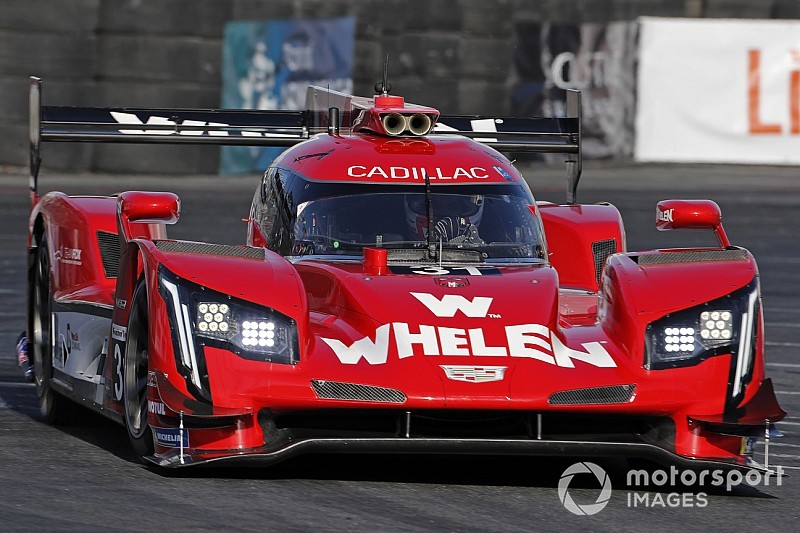 Derani, who took pole here last year driving the Nissan DPi for the now-defunct ESM Racing team, eclipsed that time by some 1.7sec as the Michelins made their mark on the 2.35-mile 14-turn course.

The Brazilian set a 1min20.583sec in the #31 Cadillac DPi-V.R to better the best effort of Helio Castroneves in the #7 Acura Team Penske ARX-05 by a quarter-second.

Filipe Albuquerque in the second AXR Cadillac, the #5 car, was third ahead of the second Acura of Dane Cameron.

Jordan Taylor was fifth-fastest in the WTR Cadillac, one second off the ultimate pace, with Colin Braun sixth in the CORE autosport-run Nissan DPi.

Tristan Vautier and Simon Trummer were seventh and eighth in the JDC Miller Motorsports Cadillacs, but the squad had a torrid 90-minute session.

Neither of the Mazda Team Joest RT24-Ps set a time at all during the session.