DragonSpeed ends Roar Before The 24 on top 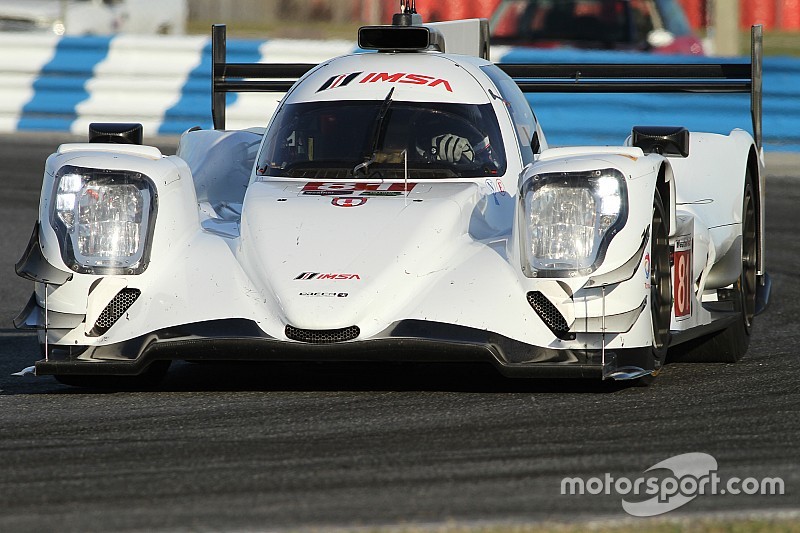 Ben Hanley set the quickest time at the Roar Before the 24, lapping the Daytona International Speedway road course in DragonSpeed’s Oreca-Gibson a mere 0.02sec faster than the fastest Mazda.

In the final pre-season test prior to the 55th Rolex 24 at Daytona, Hanley reeled off a 1min38.343sec in the Oreca 07 Gibson to go quickest in the three-day test. His time barely shaded Jonathan Bomarito’s fastest in the #55 Mazda RT24-P.

Hanley, who will share the DragonSpeed entry with Nicolas Lapierre, Loic Duval and Henrik Hedman, commented: “We’ve had a great three days and just about had every weather condition, so it’s good preparation for the race.

“The first day it was nice and warm and then we had some rain and then it turned cold for the night session.

“It’s been a great experience for myself and the team. This is our first time here, so it was just about getting experience, learning the passing places and how busy the track is going to be in the race. It’s going to be challenging.”

Behind Bomarito’s Mazda, came the pacesetter for the previous two days, namely the #13 Rebellion Racing Oreca Gibson. Today the car’s fastest time was set by Sebastien Buemi, returned from Formula E duty to clock a lap less than one-tenth slower than the pacesetter.

The #5 Action Express Racing entry was fastest of the Cadillac DPi-V.Rs, Joao Barbosa setting fifth fastest time and coming within four-tenths of DragonSpeed, ahead of reigning champion teammates Dane Cameron/Eric Curran in the #31 machine, and the Wayne Taylor Racing Caddy in eighth. Breaking up the Cadillac trio was Visit Florida Racing’s Riley-Gibson.

The entire 12-car Prototype class was separated by just 1.3 seconds, with the Tequila Patron ESM Nissan Onroak DPis propping up the field on their public debut.

Ford Chip Ganassi Racing, ended the three day session with a 1-2, Ryan Briscoe fastest in the #67 entry with a 1min44.380sec lap, around a quarter-second ahead of Tony Kanaan’s best in the #69 machine. Kanaan, who was part of the Ganassi lineup that won the Rolex 24 overall in 2015, turned in a particularly impressive performance given that this was his first drive in the Ford GT.

Behind this pair of Fords came the #24 BMW Team RLL entry which will be raced by John Edwards, Martin Tomczyk and Nicky Catsburg, while the Risi Competizione Ferrari 488 of Toni Vilander and Giancarlo Fisichella was fourth. Before the conflagration that engulfed the engine bay of the #4 Corvette and led to the early withdrawal of both C7.Rs, the defending race winning team were able to claim fifth and seventh fastest. The yellow p[air were split by a third Ganassi Ford, that of Sebastien Bourdais, Bill Auberlen and Dirk Muller.

Muller’s 1min46.810sec in Sunday morning’s session put the legendary German team – in its first DIS visit in almost two decades – one-tenth of a second ahead of the Riley Motorsports’ #33 Mercedes-AMG GT3, driven by Jeroen Bleekemolen.

Behind them came the #57 Stevenson Motorsports Audi R8, and the Land Motorsport R8 that set the GTD pace yesterday.

Performance Tech rebounded from an accident on Friday to go quickest in Prototype Challenge, with James French at the wheel. The spec prototype class featured only five cars at the test.

Neel Jani trying to add another sportscar jewel to his crown