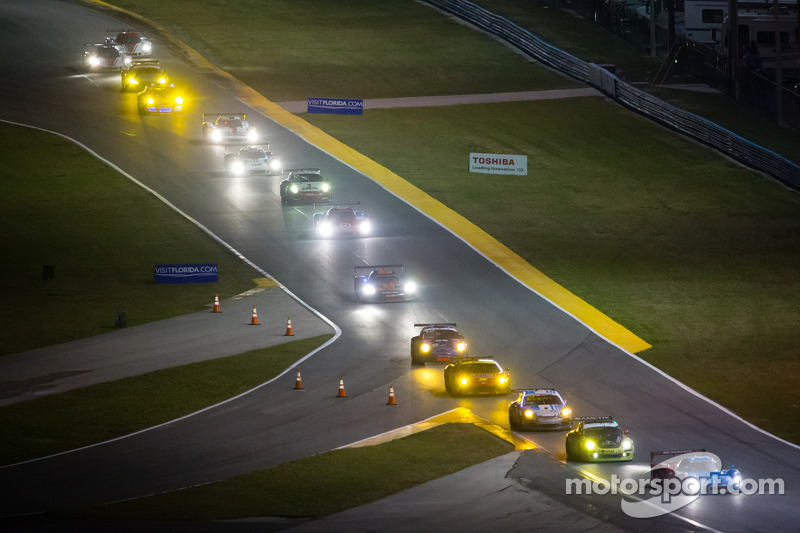 An overview of where to catch the entire 24 Hours of Daytona.

The 52nd Rolex 24 At Daytona will make history on Jan. 25-26 as the inaugural race of the TUDOR United SportsCar Championship, and race fans can see the event in its entirety across multiple platforms including the FOX Network.

Leading the way will be a two-hour live telecast on FOX beginning at 2 p.m. ET on Saturday, Jan. 25. FOX’s over-the-air coverage will feature 10 minutes of pre-race action before the green flag drops at 2:10 p.m. ET. The start of the race has been moved up 20 minutes to accommodate the network telecast.

“There is no better way to introduce the TUDOR United SportsCar Championship than to televise the first moments of the new series’ existence to a national audience through FOX Network television,” said David Pettit, International Motor Sports Association (IMSA) vice president of marketing. “The Rolex 24 At Daytona will serve as the official launch of our five-year partnership with FOX Sports, and will provide fans with unprecedented access. This year’s Rolex 24 is perhaps the most anticipated North American sports car race in history, and FOX Sports will anchor our live coverage options.”

Just as every one of the 68 teams entered for the twice-around-the clock event will utilize multiple drivers, this year’s Rolex 24 broadcast will feature multiple platforms with a wide variety of ways to watch and listen. The full TV coverage plan is as follows: 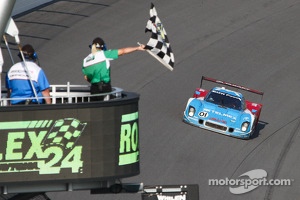 Live streaming of the Rolex 24 At Daytona also will be available on the FOX Sports GO mobile application for iOS devices.

International television coverage of the Rolex 24 At Daytona will be available in more than 335 million households across 144 countries and territories. Networks carrying Rolex 24 coverage include SPEED (Canada), Fox Sports Latin America, Motors TV (Europe) and Network Ten (Australia), among others.

In addition to the live telecasts, Motor Racing Network, kicking off its 45th year of broadcasting, will air live flag-to-flag radio coverage of the Rolex 24 At Daytona along with 12 races in the inaugural TUDOR Championship. All Motor Racing Network races also are streamed live at www.MRN.com. Live coverage of the Rolex 24 At Daytona also can be heard on SiriusXM NASCAR Radio (channel 90) starting at 2 pm ET. The entire TUDOR Championship season can be heard on Sirius channel 117.

IMSA.com will offer streaming of all MRN broadcasts as part of its impressive arsenal of live online coverage. IMSA.com and the brand-new IMSA mobile app also provide live timing and scoring data from every on-track session, social media integration and up-to-the minute news coverage. IMSA.com will have a full-race replay of the Rolex 24 available on demand 24 hours after the FOX Sports telecast.

The 52nd Rolex 24 At Daytona kicks off the inaugural, 12-race TUDOR Championship season. The race is also the first of the four-race Tequila Patrón North American Endurance Cup.