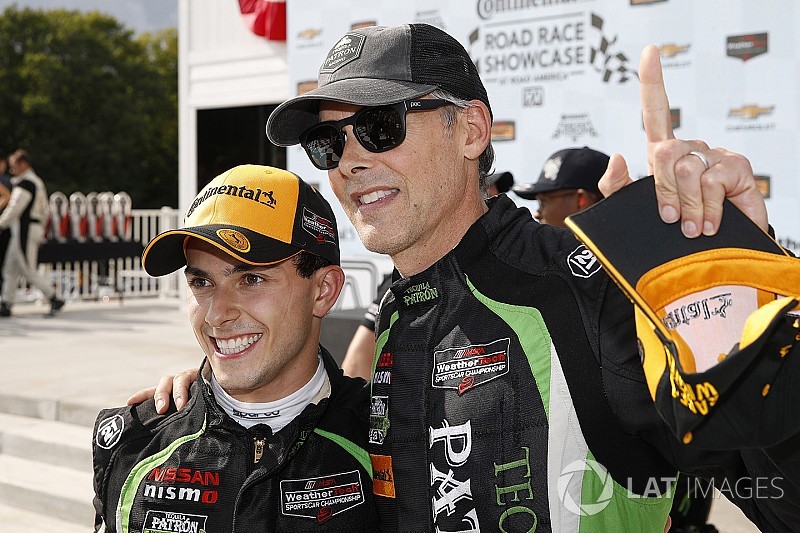 Tequila Patron ESM has announced it will retain Johannes van Overbeek in its driver line-up for the 2018 IMSA WeatherTech SportsCar Championship season.

It will mark the Californian veteran's ninth consecutive season with ESM, van Overbeek having first joined the team for the 2010 American Le Mans Series campaign in a GT class Ferrari.

His most recent win came last month at Road America alongside Derani, a result that broke a seven-race winning streak for Cadillac machinery.

“The entire ESM Patron team is thrilled to have Johannes back for next season,” said ESM team owner Scott Sharp. “He was one of the first to join us when ESM was formed, and next year will be our ninth season together.

"Johannes sets the mark for how a true professional driver handles himself on and off the track and with his win a few weeks ago at Road America, he showed he is as fast as ever! I expect the pairing of him and Pipo to be very formidable.”

Van Overbeek himself added: "It’s hard to believe that next year will mark the ninth year that I’ve been with Tequila Patron ESM. Every year has had its challenges and its success, I’m sure next year will be no different.

"The team is as strong as it has ever been and I look forward to continuing my working relationship with the team and Pipo to deliver the results that are due Tequila Patron ESM and its partners.”

ESM will reveal its full-time drivers for the sister #2 car at a later date.