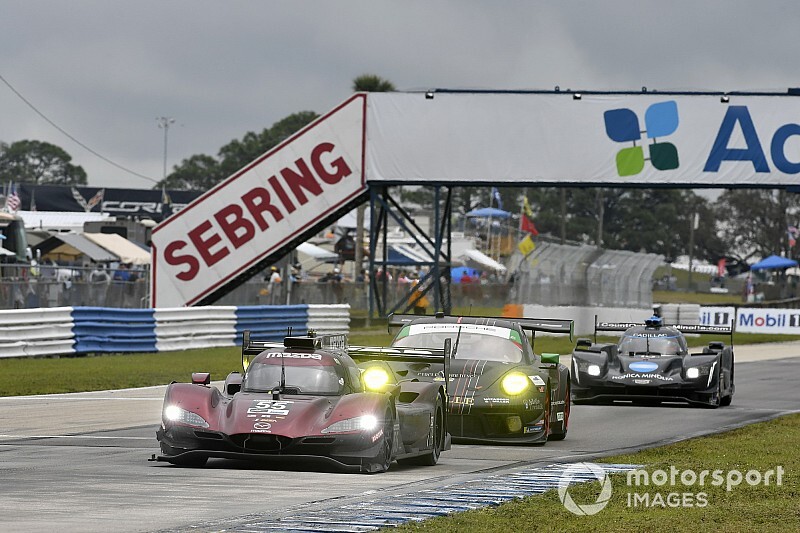 Several of IMSA WeatherTech SportsCar Championship’s leading European drivers are facing a race against time to be present for the Sebring 12 Hours before the US ban on travellers from the continent comes into force.

Despite IMSA’s insistence that the Florida endurance classic is set to take place as scheduled on March 18-21 amid the escalating coronavirus pandemic, the event has been thrown into further question by the announcement by President Donald Trump on Wednesday evening that nationals of 26 European countries will be barred from entering the US.

That was followed by the cancellation of the FIA World Endurance Championship’s 1000-mile race that was set to share the bill with the IMSA race for a second year running.

The US travel ban, which is due to take effect from midnight on Friday evening, has the potential to complicate several drivers’ travel plans, as well as team staff from several partially or wholly European-based operations.

Among drivers, Wayne Taylor Racing regular Renger van der Zande told Motorsport.com he had to rebook his flight for Thursday in order to be sure of making it to Sebring.

“I was supposed to fly [next Tuesday] but this morning I rebooked for today to get in front of the travel ban,” said the Dutchman. “The airline’s website wasn’t working so I spent half-an-hour on the phone before I got through.

“I also rebooked for [Black Swan Porsche driver and fellow Dutchman] Jeroen Bleekemolen as well, I also tried to do the same for [Corvette Racing driver] Nicky Catsburg but then the line was cut off. It’s real chaos.”

Among the other drivers in IMSA’s DPi ranks that could have been affected by the ban – which does not apply to travellers from the UK – are Action Express Racing driver Filipe Albuquerque and Mazda Team Joest’s Olivier Pla.

However, Albuquerque is set to fly on Friday, having planned to be present for the WEC test that was cancelled along with the 1000 miles, while Pla is already in America.

Pla’s Mazda teammate Harry Tincknell told Motorsport.com that he could face problems because, despite being a UK national, he would be affected because he has travelled to one of the European countries covered by the ban, Portugal, in the last two weeks.

Corvette driver Antonio Garcia is due to travel from Spain to the US on Friday, while Porsche's Laurens Vanthoor has already made it to Florida.

Other drivers in the GT Le Mans ranks that could face problems making it to Sebring include two other Porsche drivers, Frederic Makowiecki and Matthieu Jaminet, and Ferrari factory man Nicklas Nielsen, who was named on the entry list for Risi Competizione’s solo Ferrari 488 GTE entry alongside Brazilian Daniel Serra.

As well as drivers, a number of teams with bases in Europe look to face significant headaches in being able to get their personnel to the US before the ban takes effect.

Chief among these are Audi GT Daytona squad WRT, which is based in Belgium, and Grasser Racing, the Austrian-based operation responsible for running three Lamborghini Huracan GT3 Evos in GTD. LMP2 outfit DragonSpeed also has a base in the south of France.