Fassler to sub for injured Milner again at Lime Rock 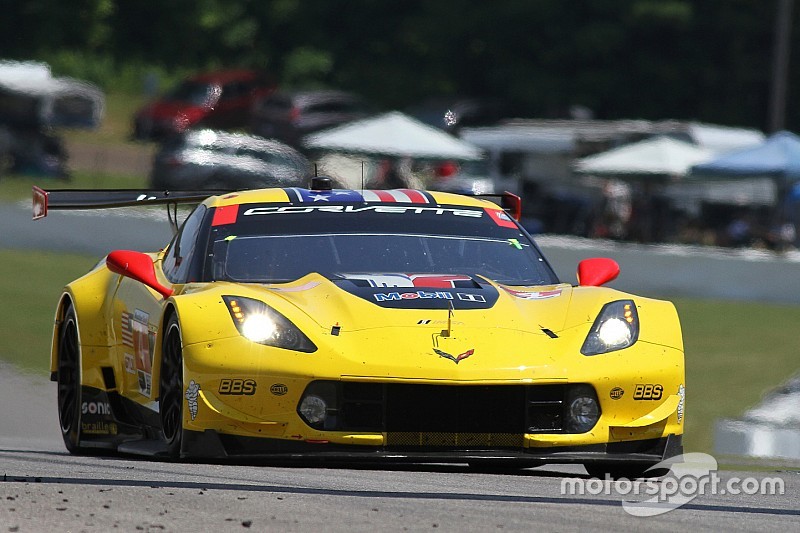 Marcel Fassler will again share the #4 Corvette C7.R with Oliver Gavin in this weekend’s race at Lime Rock Park, as Tommy Milner continues to recuperate from his hand injury.

Milner suffered the injury in a Lap 1 collision with a Porsche in the Watkins Glen 6 Hours, and had to sit out the race at Canadian Tire Motorsports Park a week later.

Now the 33-year-old from Washington DC will again be on the sidelines for the next round of the IMSA WeatherTech SportsCar Championship and again, he will be replaced by Fassler, the #4 car’s regular extra enduro driver.

As at CTMP, Lime Rock Park will be a first-time experience for the Swiss veteran.

“It’s a different type track than any other at which I’ve competed,” he commented. “Things will happen very quickly on such a short lap. So this will be another new challenge.

“It was beneficial to be with the team in Canada and have the experience in a high-downforce configuration. Hopefully Olly and I can bring back a good result for the hard work of the Corvette Racing team.”

The GT-only event at the 1.474-mile course in Connecticut has been won five times by Corvette Racing, four of those wins going to Gavin, and the team is expecting to shine again as it seeks its first win since Long Beach last year and its 100th in IMSA competition.

Antonio Garcia took pole in the #3 Corvette last year and he and co-driver Jan Magnussen need a victory to get back into the Porsche-dominated battle at the top of the GT Le Mans championship table.

“Lime Rock has turned into an important race for Jan [Magnussen] and me. We need to recover from the result in Canada and get back in the championship. I believe we know as a team what our issues were and everyone has worked to correct those.

“We know Lime Rock is a place where anything can happen so let’s see. We have been close to winning at Lime Rock in the #3 Corvette a lot of times – four times as runner-up. So hopefully we are due for that win.”