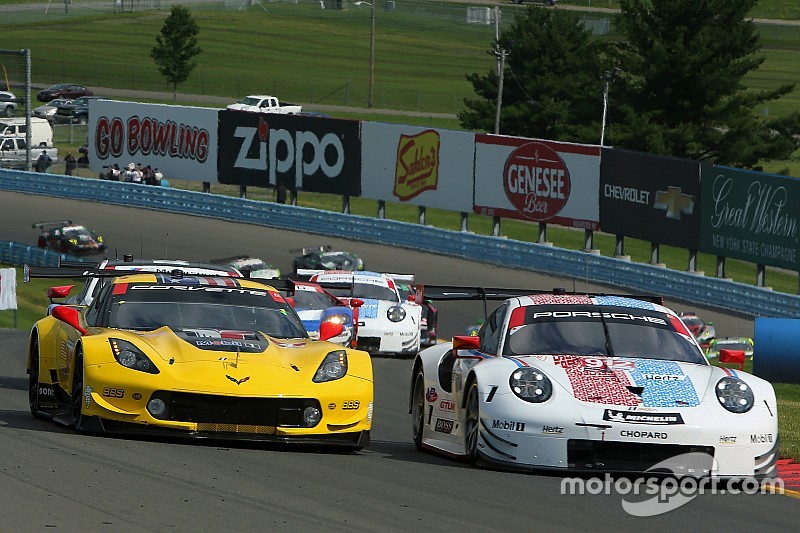 Corvette Racing’s Tommy Milner has been sidelined by a hand injury incurred in last Sunday’s opening-lap shunt at Watkins Glen, and will thus make way for Marcel Fassler in this weekend’s IMSA WeatherTech SportsCar Championship round at Canadian Tire Motorsport Park.

Fassler, the traditional ‘third driver’ with Milner and Oliver Gavin in Corvette Racing’s endurance races at Daytona, Sebring, Le Mans and Petit Le Mans, himself suffered a nasty shunt at Le Mans last month when a wayward GTE Amateur put him in the wall at the Porsche Curves.

That forced the team to prepare the spare car as the #4 entry for last weekend’s Sahlen’s 6 Hours of Watkins Glen – only to see it eliminated following a first-lap clash with Porsche’s Laurens Vanthoor.

It now transpires that 33-year-old Milner, now in his ninth year with Doug Fehan’s legendary squad, suffered a severe enough hand injury to sideline him for at least one race.

Said Milner: “On the advice of doctors, there is too much risk for further damage and it would be best to allow time for it to heal. I look forward to getting back into the car as soon as I'm able.

“In the meantime, I'm glad we are able to call on Marcel. He always does a great job for the team and we’re all confident he’ll do the same this weekend.”

The Swiss veteran commented: “I’m very sorry for Tommy’s injury. I’m sure it is a very difficult and frustrating situation for him, and I hope he is back in the Corvette soon.

“It will be a different experience driving the C7.R around Canadian Tire Motorsport Park than what I am used to at Daytona, Sebring and Le Mans. But Corvette Racing is a very close team. We all work well together, so I’m positive the team will do the best job possible helping me get up to speed.”

The team statement said that “Milner’s status will be re-evaluated ahead of Corvette Racing’s event at Lime Rock Park on July 19-20.”