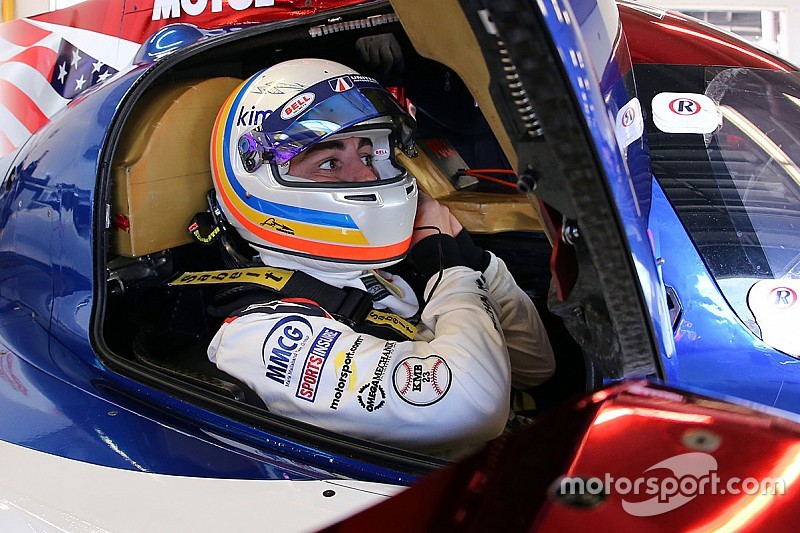 Ex-Formula 1 drivers Fernando Alonso and Kamui Kobayashi will race a Cadillac DPi in the 2019 Daytona 24 Hours after a deal with IMSA WeatherTech SportsCar Championship team Wayne Taylor Racing was confirmed.

As reported by Motorsport.com during Alonso's ride swap with seven-time NASCAR Cup series champion Jimmie Johnson, the Spaniard was searching for a return to Daytona for the second year running.

Alonso's first visit to Daytona resulted in a 38th place finish after mechanical issues, driving for the United Autosports squad in a prelude to his ongoing WEC season that has already yielded a Le Mans 24 Hours win and the championship lead.

“I am very happy about joining the Konica Minolta Cadillac team and Wayne Taylor Racing to race together at the Rolex 24 At Daytona,” said Alonso, who will also race at the 2019 Indianapolis 500 with McLaren.

“This is undoubtedly one of the greatest races in America and world motorsport. Returning to the United States is always special. The atmosphere created by the fans is unique throughout an incredible weekend.

“I really hope to fight for the win, as well as having fun and putting a smile on the fans’ faces. I made my debut last year both in endurance races and with these sportscar prototypes, as well as on this track.

“I was left wanting much more after a brake issue ended our hopes of stepping on the podium. After an intense year in which I’ve competed in both Formula 1 and the WEC, I’m really looking forward to 2019 and attempting to conquer one of the most important races in the world.”

Team owner Wayne Taylor added: “Both Fernando and Kamui are the cream of the crop of world-class driving talent, not only in F1 but as current sportscar drivers. It’s taken a long time to put this all together and I’d like to thank everybody who made it all happen.

“Fernando drove at Daytona last year, and it’ll be the first time at the 24-hour for Kamui, who is a superstar driver who will figure it out quickly. We have plans to integrate both drivers into our programme very efficiently and successfully.

“I’m absolutely ecstatic that we have been able to make this happen, and I can’t wait to get to Daytona.”

The WTR squad won the Daytona 24 Hours in 2017 with NASCAR legend Jeff Gordon in its roster. In 2018 the #10 team ended a run of five consecutive podiums in the race with a puncture, and finished the IMSA season with victory in Petit Le Mans.

Alonso's 2019 season is currently slated as the remainder of the WEC superseason, the Daytona 24 Hours and the Indy 500.

Kobayashi, who will be making his debut in the American sportscar classic, said: “First of all, I would like to thank the Konica Minolta Cadillac DPi-V.R team and Wayne Taylor for giving me this wonderful opportunity to race at the historic Daytona 24 Hours. It is one of the most popular endurance races and I am so excited to have my Daytona debut with the 2017-winning team.”