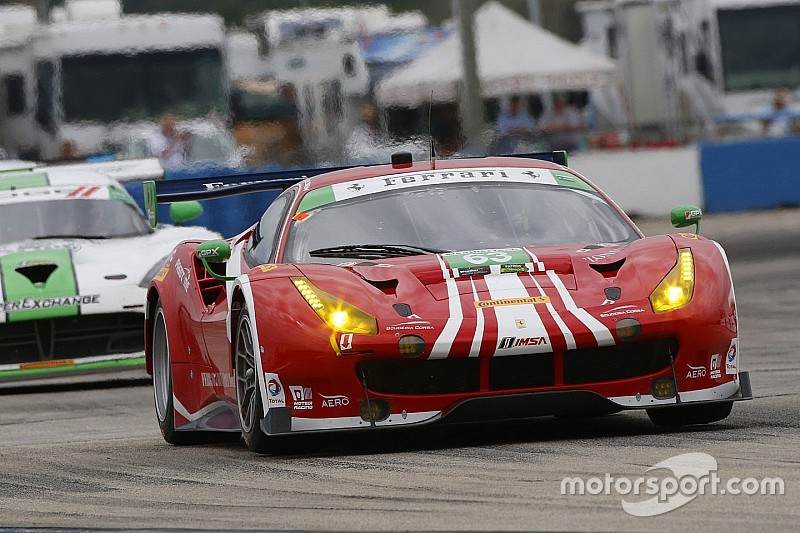 On the weekend of its world competition debut, the Ferrari 488 GT3 has scored its first pole position at one of racing’s most important events – the 12 Hours of Sebring.

Jeff Segal drove the no. 63 Scuderia Corsa Ferrari 488 GT3 to pole position in the GT-Daytona class in the qualifying session held Saturday afternoon. His time of 2:02.350 set a new course record in GT-Daytona in the Ferrari that he will share with Alessandro Balzan and Christina Nielsen.

“It is very special to score this pole position in the debut of the 488 GT3,” said Segal. “And it’s even more special since this weekend commemorates the 60th anniversary of Ferrari’s first victory here at Sebring. From the first time we drove the Ferrari 488, it has been a completely positive experience. I would describe the car as very similar to the 458 Italia, which was a very successful car, but a little bit better in every way. Now we have to focus on the race, but we have a car, drivers, and team that are capable of winning.”

Raffaele Gianmaria qualified in seventh position in the no. 51 Spirit of Race Ferrari 458 Italia that will also be driven by Matteo Cressoni and Peter Mann.

Ferrari 488 GTE will line up third in GT-LeMans

In the GT-LeMans class, the no. 68 Scuderia Corsa Ferrari 488 GTE was qualified in third position by Daniel Serra. Serra and teammate Alessandro Pier Guidi finished fourth at the 24 Hours of Daytona in January, and will be joined this weekend by Andrea Bertolini. Toni Vilander steered the no. 62 Risi Competizione Ferrari 488 GTE that he will share with Davide Rigon and Giancarlo Fisichella to eighth on the grid. Risi Competizione is seeking their fourth victory at the 12 Hours of Sebring.