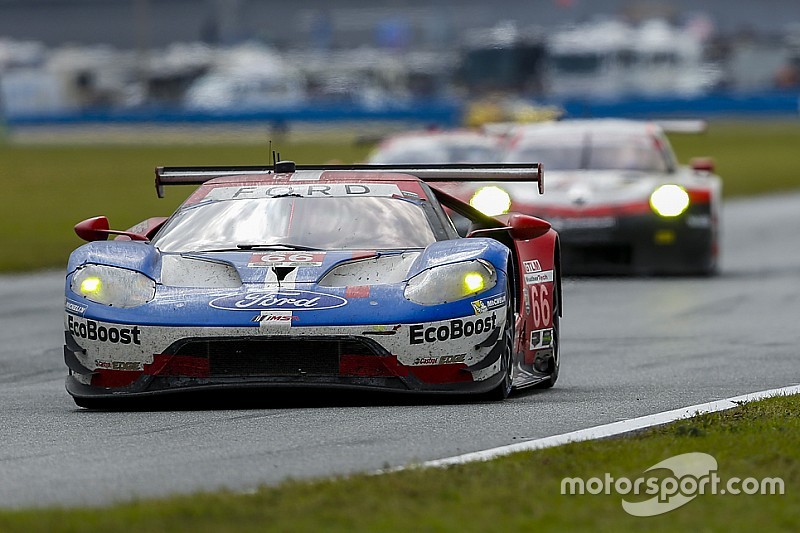 Rolex 24 Hours GTLM winner Dirk Muller believes Ford’s rivals Porsche and Ferrari “turned it up” in the closing stages of the American endurance classic on Sunday.

Claims of sandbagging abounded throughout the Daytona 24 Hours weekend, in which Ford dominated in qualifying – over six tenths faster than its rivals.

“The last two hours were nerve-racking,” said Muller. “Whenever I thought I’d got ahead a bit, traffic was coming my way. It was really, really intense.

“I did World Touring Cars back in my career, and I had a big box of tricks [from that series] and I knew just what to do. I had a big to-do list, but the skills to help me out.

“Ferrari and Porsche really turned it up at the end. They were so much faster on the straight all of a sudden. I just had to stick to my line and cover myself.

“I really enjoyed racing again Patrick [Pilet] and James Calado. I think that was one of the best GT races you could have seen, that you coulda dreamed of. But Patrick told me he was out of tyres at the end.

“It was like Le Mans; we were doing qualifying laps after laps here and it’s mind-exhausting, but really great.”