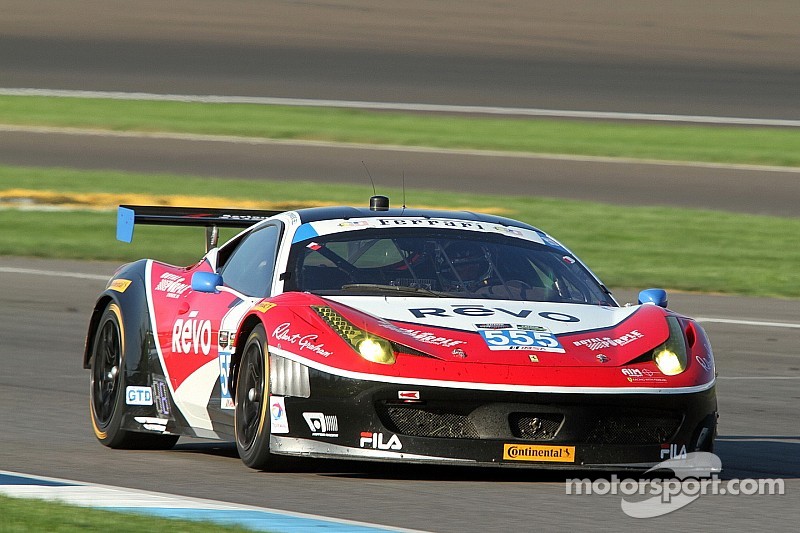 The previous TUDOR United SportsCar Challenge race at Indianapolis Motor Speedway brought a victory in the GT-Daytona class and a podium in GT-LeMans class for Ferrari, adding two milestones to an already spectacular 60th Anniversary year for Ferrari North America.

At this weekend’s TUDOR Championship race at the historic Road America circuit in Elkhart Lake, Wisconsin, the AIM Autosport, Risi Competizione and Scuderia Corsa teams are looking for more victories.

Victory for the no. 63 Scuderia Corsa Ferrari 458 Italia and fourth position for the no. 555 AIM Autosport Ferrari 458 Italia vauled Ferrari back to the head of the manufacturer championship in GT-D at Indianapolis. For Scuderia Corsa drivers Alessandro Balzan and Jeff Westphal, it was their second victory of the year as they previously won at the Raceway at Belle Isle. It was also the second straight victory for Ferrari at Indianapolis.

Bell and Sweedler on top

A resurgent Risi Competizione team enjoyed its strongest weekend of the year at Indianapolis. The no. 62 Risi Competizione Ferrari 458 Italia was qualified on pole position in the GT-LeMans class by Giancarlo Fisichella, and he and teammate Pierre Kaffer took the car to second place in the race for their second podium of the year.

This weekend’s TUDOR Championship race will be shown on Sunday, August 10 at 6:30 PM ET on FOX Sports 1.