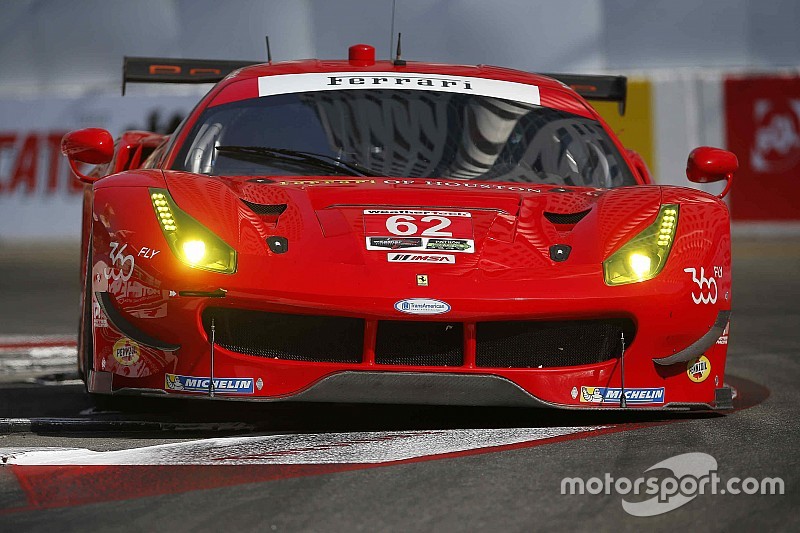 The challenging seaside circuit on the streets of Long Beach, California was the site of the first podium in the IMSA SportsCar Championship GT-LeMans class for the new Ferrari 488 GTE.

The no. 62 Risi Competizione Ferrari 488 GTE, which was driven by Giancarlo Fisichella and Toni Vilander, finished Saturday’s 100-minute race in third position in the GT-LeMans class. After starting in eighth position, a consistent and trouble-free run enabled to Ferrari to steadily advance through the field throughout the race. It was the Risi Competizione’s second-straight podium at Long Beach and their first of 2016.

The second Ferrari in GT-LeMans, the no. 68 Scuderia Corsa Ferrari 488 GTB driven by Alessandro Balzan and Daniel Serra, finished in sixth position.

The Pirelli World Challenge race held on Sunday morning would bring more success for Ferrari as Martin Fuentes scored his fifth straight GT-A victory in the no. 07 HUBLOT / Scuderia Corsa Ferrari 458 Italia. Fuentes, who had qualified a very strong seventh overall, had to battle back through the field and to retake the GT-A lead after being pushed wide at the start of Sunday’s race. With five wins in five races, Fuentes enjoys a dominant lead in the GT-A championship standings.

Bill Sweedler drove the no. 11 Scuderia Corsa Ferrari 458 Italia as high as third place in GT-A before retiring from the race.

The next round of the IMSA SportsCar Championship will be April 29-May 1 at Laguna Seca in Salinas, California. Pirelli World Challenge will compete this coming weekend at Barber Motorsports Park in Birmingham, Alabama.