Ford ready for the “bumps and holes” of Sebring 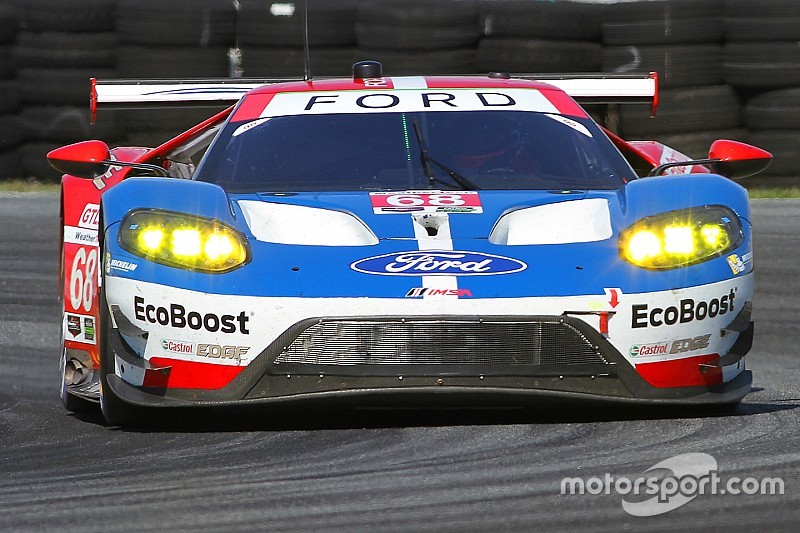 Ford GT Chip Ganassi Racing driver Stefan Mucke says he’s prepared for the racetrack that he once mistook for a service road for emergency vehicles.

“Sebring is a very special, unique circuit,” said Mücke looking ahead to this weekend’s second round of the IMSA WeatherTech SportsCar Championship, the Sebring 12 Hours. “I remember the first time I walked the track with my engineer and I asked him where the track was, as the surface we were walking on had massive bumps and holes. I thought it was the road for the emergency vehicles. It was the racetrack.

“The track is a big test for the cars and a very physical track for the drivers.”

Teammate Olivier Pla added: “I had the opportunity to watch the Ford GT on the track [during the test) and it looked like it was handling the bumps very well.

“I like racing there. I’ve had the overall pole there for the last two years in prototype. A pole is good, but you want the victory, so let’s see if we can do it this year.”

Ganassi Ford will run three cars at Sebring, where the squad finished fifth and eighth last year, the team’s second-ever race with the GT. The lineups are the #66 of GTLM class winners in January’s Rolex 24 at Daytona, Joey Hand, Dirk Müller and Sébastien Bourdais; the #67 of Richard Westbrook, Ryan Briscoe and Scott Dixon; and the #68 of Stefan Mücke, Olivier Pla and Billy Johnson.

Hand welcomes the team adding an extra car for the race, stating: “When you have more cars on the track, you can cover more ground and try more new things. You just have more data coming in. We all work well together, so this gives us more opportunities to win on the track and advances our learning curve.

“IMSA racing is always really close, but Sebring always comes down to a knock-down, drag-out fight. I’ve been in dogfights to win on the last corner of Sebring three or four times in my career. It’s always one you want to win.”

As a sidenote, racing the Ford GT at Sebring will also give Sebastien Bourdais a chance to complete a unique Florida Treble. The French ace not only won GTLM at Daytona in January, last week he won the opening round of the Verizon IndyCar Series in St. Petersburg.

Cadillac "can finally get the job done" for WTR at Sebring