Subscribe
Previous / Why Flatrock, Tennessee can attract big series, big crowds Next / Audi LMDh car was weeks away from testing when project was axed
IMSA News

Felipe Fraga is hoping to race an LMDh car in the IMSA WeatherTech SportsCar Championship in 2023 while continuing his DTM programme with Red Bull for a second season.

The 2016 Stock Car Brasil champion and a class runner-up at the Le Mans 24 Hours, Fraga was signed to lead Red Bull’s DTM line-up this year following Liam Lawson’s decision to concentrate on Formula 2.

The Brazilian driver was rapid from the outset in the GT3-based series, finishing on the podium in his very first weekend before dominating the second race at the Norisring from pole position.

A series of misfortunes and incidents meant he only ended up 16th in the championship, four positions behind teammate Nick Cassidy, but his headline results have put him in a strong position to retain his seat at the AF Corse-run team in 2023.

Fraga is keen on remaining in the DTM next year, having felt he was able to show what he was capable of in the series, but insists no decision has been made as he waits for ITR to announce the 2023 calendar.

“I would like to do [DTM] again next year,” the 27-year-old told Motorsport.com. “Right now I'm just waiting for my calendar and see with my other programmes where we are, how it is possible to do.

“I would really love to do DTM because I was missing to race alone in a car. So it's nice when you do your own stuff, your quality stars. So for me it was nice to be back doing this.

“For sure we are talking about it [with Red Bull], but nothing is confirmed. I don't know if they want to keep me here, but let's see.” 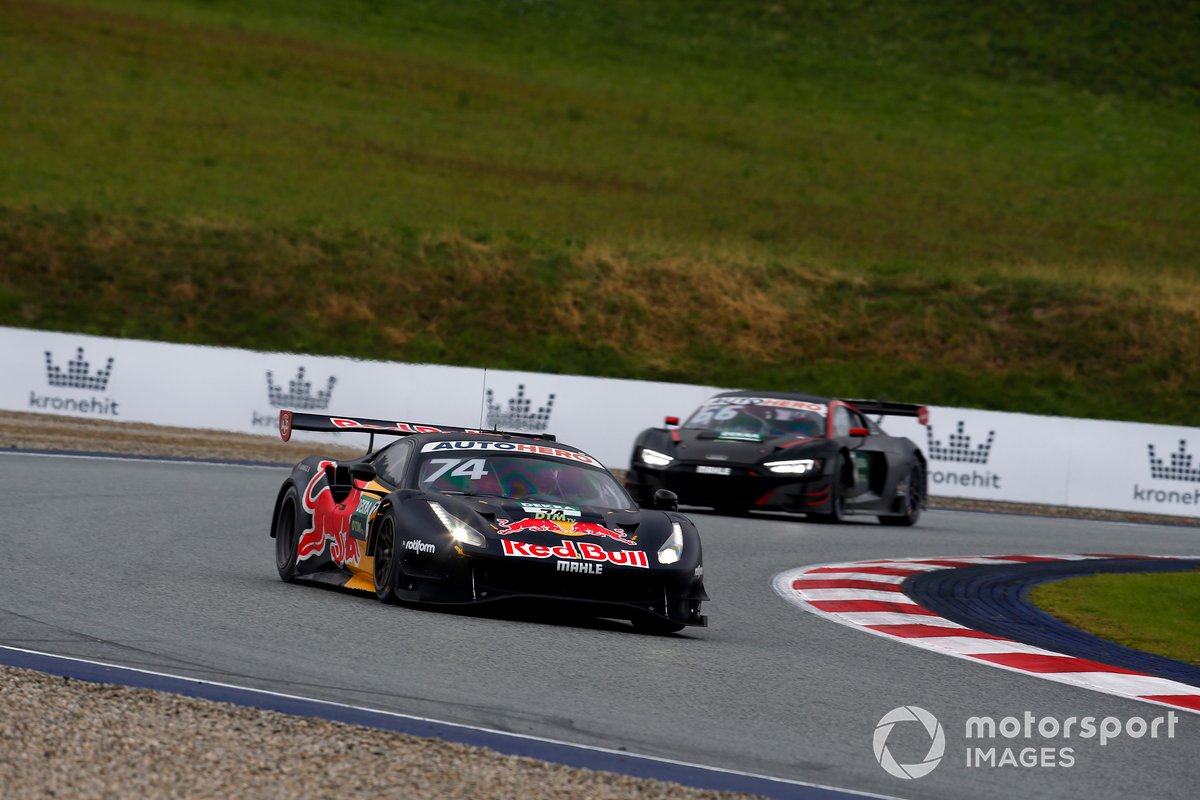 2023 marks the start of a new era for IMSA and endurance racing, as the new breed of LMDh cars from Acura, Cadillac, Porsche and BMW join the new top-tier GTP division.

Fraga said he has already held talks with LMDh manufacturers and teams regarding joining them in 2023, but reiterated that no decision can be made until the 2023 DTM calendar is announced.

“I'm already in touch with some opportunities for that and I really hope it can work for next year as well, together with DTM,” he revealed. “Now it's just about waiting and seeing.

“Next year’s calendar has not been released by DTM, so I am waiting a bit for that to decide my next season’s [programme].

“I think it will work but I don't know.

“If I had to choose between IMSA and WEC? It's hard. Both are super nice. WEC have Le Mans and Le Mans is special. But I really love to race in America. I really love IMSA and I think they are always growing up. There is not too much politics, so I really like that.

“I think I would prefer to do it in America. As I do DTM in Europe, enjoy the tracks here a little bit, so I would really like to do IMSA because I really love IMSA.”

Fraga has accumulated plenty of experience in prototypes since 2021, helping Gar Robinson and the Riley Motorsports team win last year’s LMP3 title with victories at Mid-Ohio, both Watkin Glens round and Petit Le Mans.

Fraga hopes the time he has spent in LMP3 over the last two seasons will boost his chances of securing an LMDh drive next season.

“I think it helps a lot,” he said of his LMP3 experience. “Even though people don't see LMP3 as a top, top class, in my opinion, I had the chance to drive a prototype.

“I'm sure when I jump in a faster car, which I did already, it wasn't that strange because you are already used to downforce, high speed and stuff.

“I think it helped me a lot. If I end up doing some LMDh programme that was a bit of a key I think.”