Chip Ganassi Racing's Renger van der Zande set a startling lap time to head the field by 0.313sec at the end of a 105-minute third practice session for the Rolex 24 at Daytona. 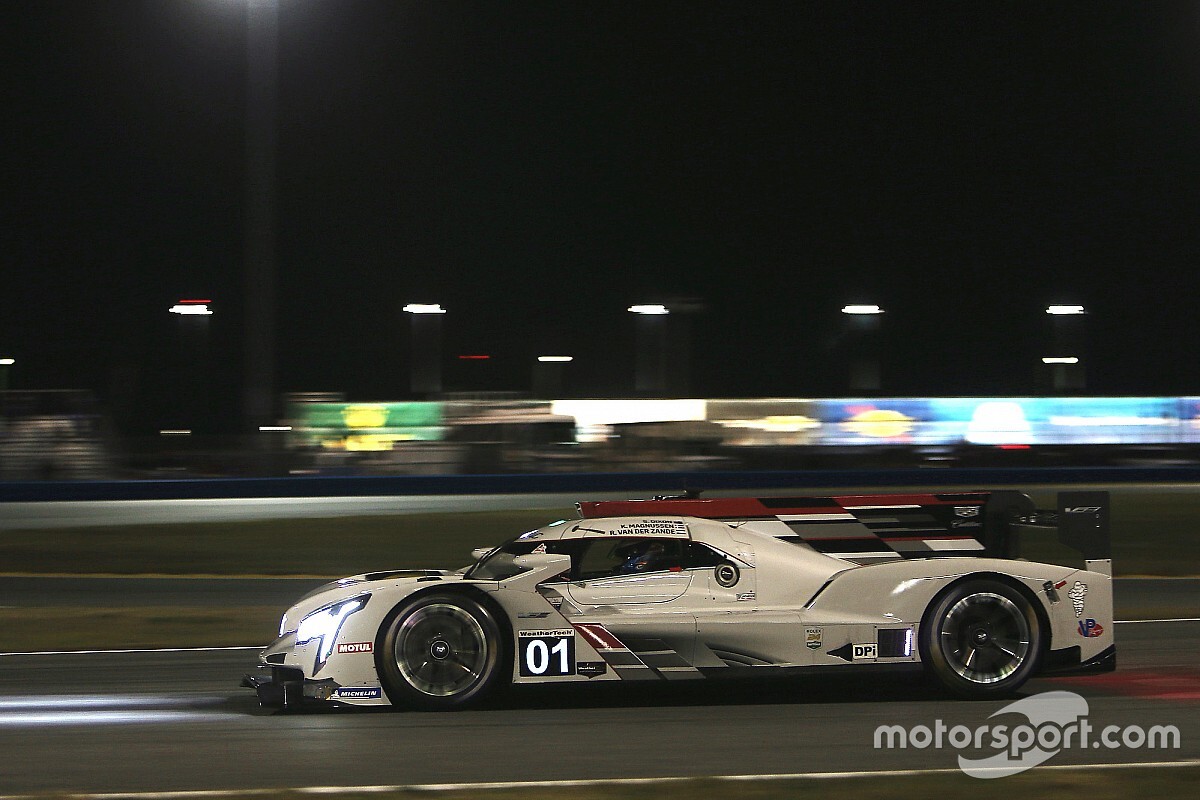 The #01 Cadillac DPi-V.R headed the times for most of the session, initially thanks to Ganassi's endurance extra Scott Dixon, before van der Zande ensured the car wouldn’t be beaten with a 1min34.146sec lap.

That was 0.3sec inside the race lap record and a similar amount ahead of Ricky Taylor, who left it late to send the Wayne Taylor Racing Acura ARX-05 surging up the timesheets for P2.

Felipe Nasr was another who left it until the final 20mins to jump the #31 Action Express Racing Caddy forward, ahead of Loic Duval’s best in JDC Miller MotorSports entry.

Simon Pagenaud, in the second AXR Cadillac, precisely matched his fellow IndyCar driver with a time 0.58sec off P1 and 0.2sec ahead of another Frenchman Olivier Pla in the Meyer Shank Racing Acura.

The sole Mazda completed just one shakedown lap at the end of the session, the team electing to spend the evening on scheduled maintenance, fitting a fresh engine and gearbox.

PR1/Mathiasen Motorsports maintained its preeminence in LMP2, Mikkel Jensen’s best lap being around a quarter-second up on Matthieu Vaxiviere in the Tower Motorsport by Starworks machine. Robert Kubica set the third-fastest time in the High Class Racing entry.

In LMP3, Jeroen Bleekemolen overcame an early hitch to turn the fastest lap in class, his Riley Motorsports Ligier finishing up 0.15sec ahead of Laurents Hoerr in the Muehlner Motorsports Duqueine.

Davide Rigon’s best lap in the Risi Competizione Ferrari 488 was just hundredths more tardy, and put him ahead of the WeatherTech Racing Proton Porsche and the two BMW M8s.

Marco Mapelli saved his best until last to top GT Daytona in the #111 Grasser Racing Lamborghini Huracan, 0.15sec ahead of Aaron Telitz as the Vasser Sullivan Racing Lexus RC Fs appeared to find a significant chunk of speed.

The second Lexus of Frankie Montecalvo finished fourth, separated from the sister car by the ever impressive Earl Bamber in the Team Hardpoint EBM Porsche 911 GT3 R.

Aidan Read was fifth in the Turner Motorsports BMW M6, ahead of Maro Engel in the Winward Racing Mercedes-AMG GT3.

Fourth and final practice will be 1 hour in duration and starts at 11.20am local (Eastern) time on Friday.