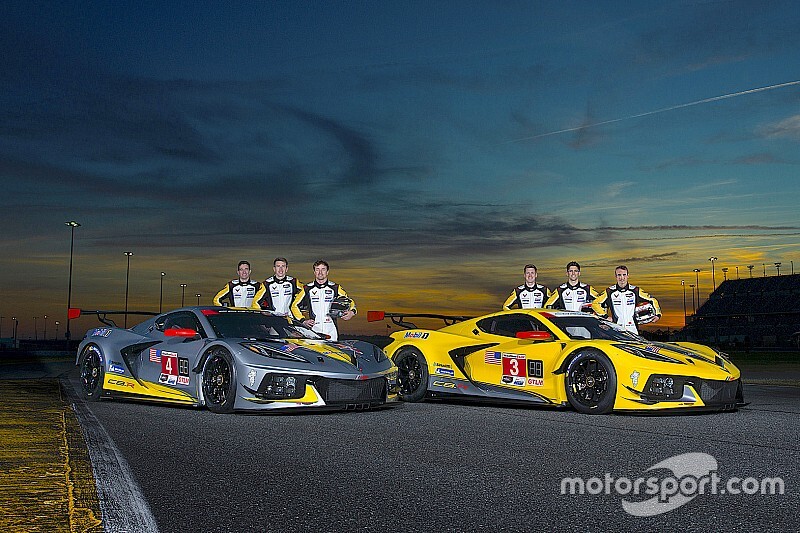 Corvette Racing’s veteran stars, Oliver Gavin and Antonio Garcia, are positive about the new mid-engined C8.R’s progress but are uncertain how it will perform relative to its GT Le Mans class opposition at this weekend’s Rolex 24 at Daytona.

Gavin’s full-time partner Tommy Milner set Corvette Racing’s fastest time in Roar Before the 24 qualifying  which decides garages and pit stalls, and he was encouragingly just 0.108sec off the top time in class, set by James Calado in the Risi Competizione Ferrari 488 GTE.

However, Gavin warned that the race will be several hours old before everyone gets an accurate picture of how the GTLM contenders match up.

“The C8.R is a brand new car and this is its first race outing,” said the 2016 Rolex 24 winner. “We won’t know where we are in respect to the competition, and they will be looking at us and figuring out where we’re strong and where we’re weak.

“You can pick up little bits and pieces during the Roar and even in the two or three practice sessions before the Rolex 24, but you never really get a great idea of where you’re at until you get five hours or so into the race.

“But it always comes down to the last two hours. It would be quite remarkable if we could come right out of the box and be super-fast, super-reliable and have a successful weekend the first time out.”

“So far, the new Corvette has been quite decent in testing,” said the Spaniard who is entering his seventh season with the legendary team. “It is still very early stages for this car.

“Even though we think we are ready, there are things that can come up. We must do everything we can to make sure we are as prepared as possible. Then we can see what we really have.

“Our testing has been a consistent evolution between track days and simulator work. We’ve been able to develop a plan to develop the car even though we weren’t testing on the track. The correlation of data has been good. Everything that we have tested virtually is working in real life. That makes life a lot easier when you can use all your tools to improve.

“We continue to validate all the work we’ve done and what we find on the racetrack. We are on the right track.”

While Gavin and Milner continue to be partnered by Marcel Fassler for the endurance races, Garcia not only is working with a new enduro extra – Nicky Catsburg – he also has a new full-time partner.

Jordan Taylor, who in 2017 won the IMSA Prototype title with the team owned by his father Wayne Taylor, and has two Rolex 24 wins to his credit, has moved to the GTLM class with Corvette, replacing Jan Magnussen.

This continues a relationship with the Doug Fehan-run team that stretches back to 2012, the first of six years in which Taylor raced a Corvette in the Le Mans 24 Hours. Partnering Gavin and Milner, he won the GTE Pro class at Le Mans in 2015.

“I’m excited to go back into GT racing with Corvette in GTLM with all-manufacturer teams and all-professional drivers,” he said. “The class will get a lot of eyes on it with the first race for the C8.R.

“The race itself will be extremely difficult. I’ll have to get used to looking in my mirrors again! In testing, I was reminding myself to check the mirrors leaving certain corners so I could get in the habit of doing it for the race.

“So I’m looking forward to it. Overall wins are fantastic, but a win is a win; you still get a Rolex watch no matter what class you’re in! But for us in GTLM, the competition will be the same if not more difficult than in prototypes.” 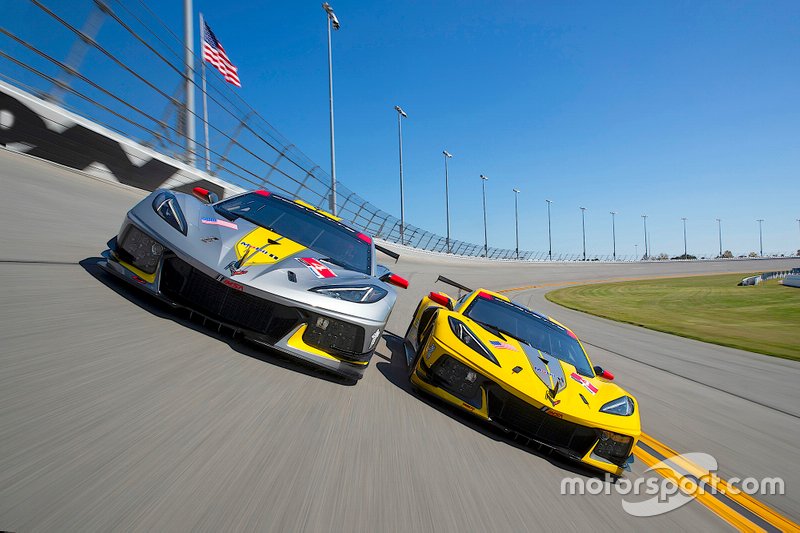