Vasser Sullivan has confirmed that Jack Hawksworth and Ben Barnicoat will return to race the #14 Lexus RC F in IMSA GTD Pro in 2023.

Hawksworth and Barnicoat drove VS Lexus team to second in the GTD Pro standings in this year’s IMSA WeatherTech SportsCar Championship on the strength of two wins, six podium finishes and two pole positions. Success included glory in the prestigious Petit Le Mans, along with IndyCar racer Kyle Kirkwood.

Barnicoat finished second in standings and even Hawksworth clinched sixth despite missing two races due to injury in a training accident.

Next year will mark Hawksworth’s seventh season with Lexus and fifth with Vasser Sullivan, and the 31-year-old has earned a total of eight wins and 16 podiums in the last four seasons piloting the #14 Lexus RC F GT3.

Hawksworth said: “The target is to win the championship, but the competition will only get tougher. We will need to continue to improve and move forward as a team and bring our “A” game every weekend if we are to make this a reality.

“It's great to be back alongside Ben again and the rest of the Vasser Sullivan team. We are up for the fight!"

For Barnicoat, it will be the second season with Vasser Sullivan team. Along with his two GTD Pro victories, the 25-year-old was also victorious in GTD with Kirkwood at Detroit in June.

“I’m thrilled to officially announce that I’ll be back with Lexus Racing, Vasser Sullivan and Jack for the 2023 IMSA season! 2022 was a fantastic year. I loved being a part of the family we have here, and we achieved amazing things together, so to go into the next season with that continuity is great. Teaming up with Jack again for the full season will give us a perfect driver lineup to go for the overall title.”

Jeff Bal, senior manager of motorsports, sponsorships and experiential marketing at Lexus, said: “We are thrilled to have Jack and Ben back in the #14 Lexus RC F GT3 competing in our second season in IMSA’s GTD Pro category. The Vasser Sullivan team found a way to put the Lexus in the window for each race last season.

“Ben and Jack both continue to deliver when given the wheel and their results in 2022 speak directly to that. I firmly believe we’d have had a great shot at winning the championship if we had Jack with us for the entire season. He and Ben and this entire team are only just getting started.

“Our mission this year is simple. Execute on every deliverable and find a way to put Lexus up front. There is simply no better driver duo than Hawksworth and Barnicoat to accomplish the feat.  We can't wait to see what this year's campaign will bring. It's got all the right ingredients for an incredible season in 2023."

Team principals Jimmy Vasser and James ‘Sulli’ Sullivan said: “We have a mantra that Vasser Sullivan is built not bought. Jack has been a rock-solid cornerstone of building Vasser Sullivan Lexus into a championship contender. Ben joined us last season and quickly made some noise.

“Together Jack and Ben push us to be our best, and starting with the Rolex 24 next month, we’re ready to attack the GTD Pro championship with these two.”

The endurance-race extras for the #14 will be announced in the next two weeks. As in 2022, Vasser Sullivan will also run an RC F in the GTD class, with a driver announcement described as “forthcoming”. 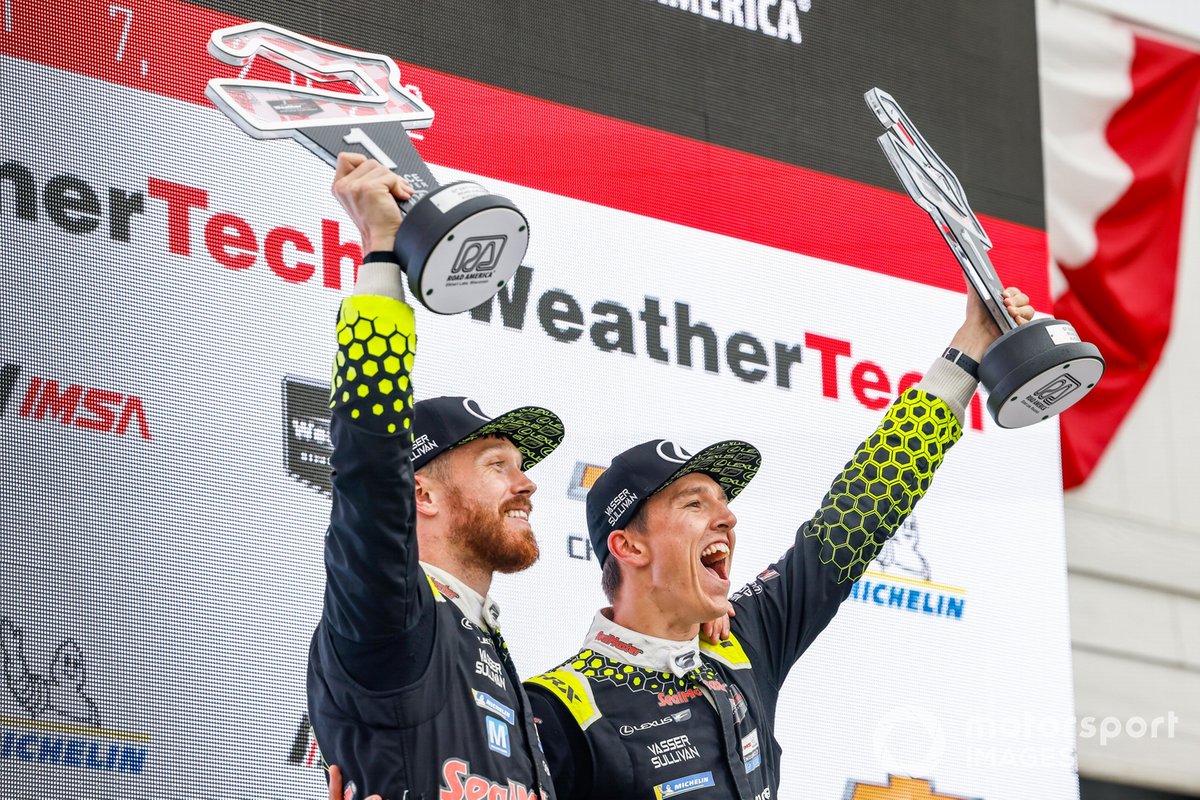 VS Lexus reveal unchanged line-up for GTD entry in 2023