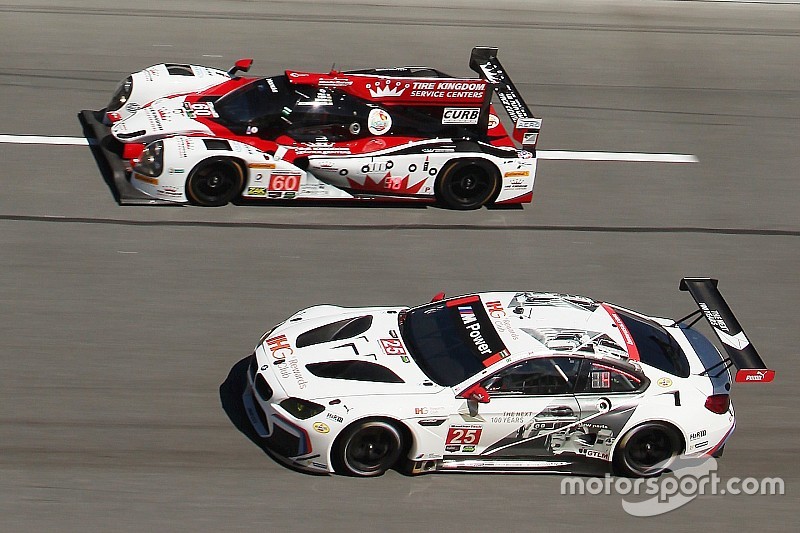 Daytona Beach, Fla. – Less than one month after winning the season-opening Rolex 24 At Daytona, Tequila Patrón ESM will be among the 33 confirmed IMSA WeatherTech SportsCar Championship teams visiting Sebring International Raceway on Thursday and Friday, Feb. 25-26, as part of an official four-day test.

Ed Brown, Scott Sharp, Pipo Derani and Johannes van Overbeek will share the Daytona-winning No. 2 Tequila Patrón Honda Ligier JS P2, preparing for the 64th Mobil 1 Twelve Hours of Sebring Fueled by Fresh From Florida on Saturday, March 19. The race is Round 2 of both the WeatherTech Championship and Tequila Patrón North American Endurance Cup.

I’ve always heard that Le Mans is tough but that Sebring is tougher,

"The entire Tequila Patron ESM team is still riding high after our Rolex Daytona 24 win,” said Sharp. “What a great way to kick off our year and I'm so proud of everyone's effort! The schedule moves on and next on the list is the Sebring 12 Hour. The second leg of the Tequila Patrón North American Endurance Cup and our home track. Certainly another very important race for us. The test next week is the only chance we will get to tune our Honda/Ligier and we are excited to see how the car performs.”

“The rough bumps, the change of the track surface and the high-speed Turns 1 and 17 make the Mobil 1 Twelve Hours of Sebring all the more challenging,” said Negri. “Also, the Florida heat puts a brutal beating on crew, car and driver.”

“I’ve always heard that Le Mans is tough but that Sebring is tougher,” Negri said. “So, if you can get through Sebring, it’s definitely good prep for Le Mans.”

The eight-car Prototype entry list includes the top four finishers from the Rolex 24. The pair of Honda/Ligiers will be joined by four Corvette DPs, the Highway to Help Riley DP and the Panoz DeltaWing Racing DeltaWing coupe round out the current entry in the class.

Six manufacturers each will be represented by multiple entries in GT Daytona (GTD), including four Lamborghinis, three each from Audi and Porsche, and two cars from BMW, Dodge and Ferrari.

Sessions on each of the four days run from 8 a.m. to 5 p.m. The test will be open to the public at $10 per day, or free to ticket holders for the Mobil 1 Twelve Hours of Sebring. There will be no overnight camping.

Bell vows to be at Sebring, despite team crisis