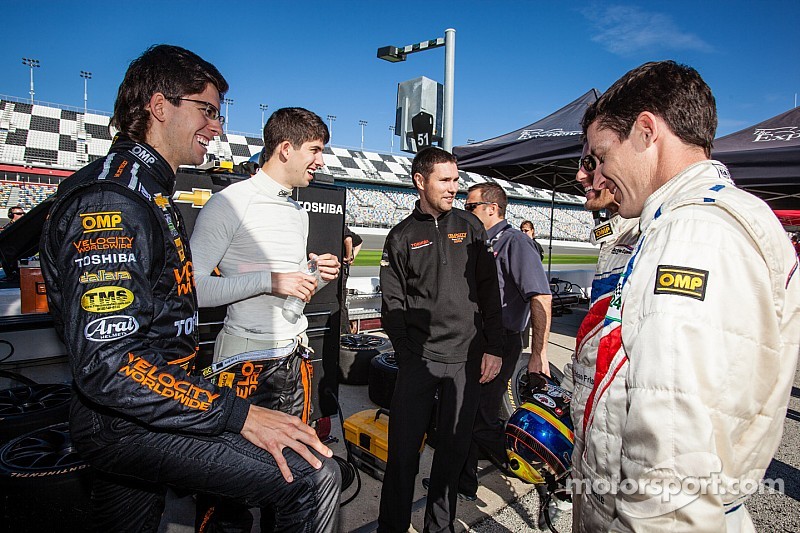 On any given weekend during the racing season, it’s typical that you’ll find Burt and Brian Frisselle turning laps at a race track in some form of high-performance machinery. The two have competed in the IMSA ranks for 10 years and share multiple race wins between them in the premiere IMSA TUDOR United SportsCar Championship prototype category. While at the track, it’s clear the brothers are passionate about the world of motorsports, but the two also share an equally different passion all together – pro football. Denver Broncos football to be exact.

That passion has seen Burt and Brian take on a new role as radio hosts. The driving pair host a weekly Denver Broncos radio show in their hometown of Aspen, Colorado.

Though the “Bronco Brothers” didn’t grow up in Colorado – having lived in California, New Hampshire and Hawaii - the two were raised to be fans of the Denver team. Their mom Terrye was born and raised in Denver while their dad Brad – who was also a longtime IMSA racer – went to high school and college in Colorado. Having inherited the love of Broncos football, the Frisselle brothers have been fans of the team for as long as they can remember.

The radio show, known as ‘Broncos Talk’, came about through a friend the brothers had met while participating in a high intensity, interval training (HI2T) fitness class. Dave Bach is a local Aspen radio personality on 106.1 FM and had Burt and Brian on his own show prior to the Sahlen’s 6 Hours of the Glen to discuss the Frisselles’ racing endeavors.

“We had been on Dave’s show to talk racing,” said Brian Frisselle. “Once fall started getting closer, I was thinking more and more of the Broncos. I asked Dave if there were any Aspen radio shows focused on the Broncos. When he said that there wasn’t, I told him I really thought there should be. That opened the door and he later approached us to do a Broncos-focused show with him. Everyone involved at the radio station thought it was a great idea.”

The show airs every Friday at 3:15 PM MT. The Frisselles typically tape the show earlier in the week whenever their busy travel schedules allow. The show, which airs on 106.1 FM in Aspen, highlights the Broncos and their AFC West Division rivals.

“We talk about the Broncos’ upcoming opponents and we also discuss at least four other match ups that we consider the most interesting – usually the teams that the Broncos are most affected by,” explained Burt Frisselle.

While in the motorsport world, it’s usually the Frisselles who are in the spotlight, the radio show allows a bit of a role reversal for the brothers.

“I think it’s why Burt and I enjoy pro football so much,” said Brian. “We get to be on the fan enthusiast side of things and just enjoy the game!”

Not unemployed for long: Bomarito back with Mazda