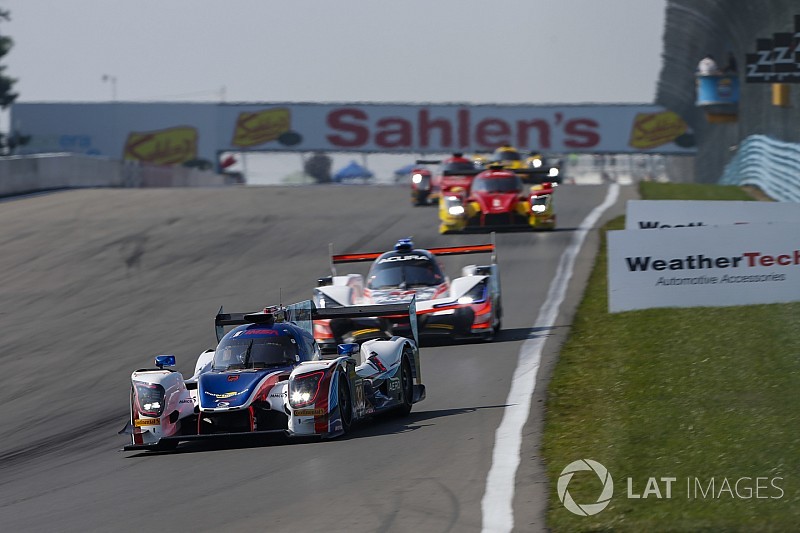 United Autosports drivers Phil Hanson, Bruno Senna and Paul di Resta believe they had a “second place and a possible victory taken away” at Watkins Glen after di Resta was hit by the CORE autosport car.

The Lap 159 impact, caused by polesitter Colin Braun running into the rear of the United Ligier under braking as he dueled with di Resta over second place, pushed bodywork onto the left-rear tire.

Both cars pitted but the United team fell to tenth and lost 40 seconds to the CORE Oreca.

However, CORE would receive no penalty from IMSA and in the hands of Romain Dumas, the #54 Oreca machine would not only pass the United Ligier in the closing stages, but would snatch second from Juan Pablo Montoya’s Acura at the final corner of the final lap.

United, meanwhile, had to be content with fourth, and di Resta said the collision "caused bodywork damage and affected the handling of the car due to the rear floor being damaged".

The ex-Formula 1 driver added: "I question the steward’s decision to not give [CORE] a penalty. The impact had a direct effect on our race result and they finished on the podium with no consequences.”

Senna echoed his teammate, stating: “It’s a shame that you come racing here and many things that aren’t acceptable are allowed. It’s a shame that we missed out on the podium as that’s definitely where we could have been.”

Hanson’s verdict was that “[Braun] ran into the back of us, which caused the rear bodywork to be dislodged and make contact with the tire so we lost time having to pit for that.

"The car didn’t even get a penalty, which I think is something the stewards need to look at.

“It does make you wonder what is the point in coming racing when nothing happens to those who make contact with you, causing damage and there’s no consequences.

“To me it was a second place and a possible victory that was taken away from us and the stewards did nothing about it. Paul didn’t put the car in reverse and drive backwards into the #54…”

Watkins Glen win gets “monkey off our back” for JDC-Miller

“We can’t be depressed by second,” says Corvette’s Garcia