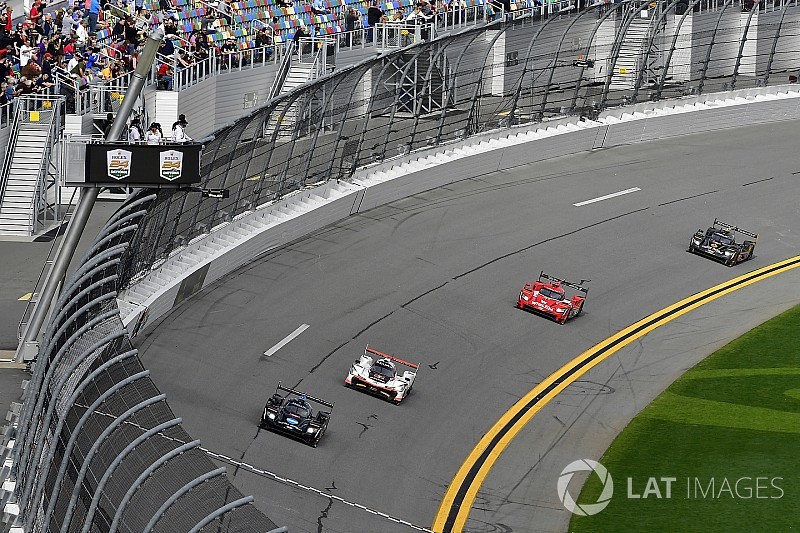 The IMSA WeatherTech SportsCar Championship is a stronger than any other sportscar racing series worldwide, claims ex-Formula 1 racer Felipe Nasr.

It marked the Brazilian’s first major race outing since losing his F1 seat at the end of the 2016 season to Mercedes protege Pascal Wehrlein.

“I feel it’s a great time to be joining this championship,” Nasr told Motorsport.com. “I see it as the strongest sportscar championship at the moment.

“If you look at this series, it’s so wealthy, so competitive, really good driver line-ups, especially here at Daytona we have drivers coming [from] all over.

“It is a big change, as I came from two years in F1, but the cars are great to drive. The first time I drove them last year [in testing] I was super-impressed, how good the cars are on braking, downforce, speed.”

Nasr said he made the decision to join the Action Express squad for a full season of IMSA as early as last summer following Sauber’s relatively late decision to axe him for 2017.

“As a driver, I got a very late notice at the end of ’16 that I was not going be continuing at Sauber,” he continued.

“It makes things difficult when you are in December trying to look for a race seat. So I knew it was best to wait for the right time to join something strong and solid.

“By June, July I took the decision to join the IMSA championship, which has been great. I worked with the [AXR] team in 2013 when I did Daytona, it’s great timing for everything.”

Asked if his transition to becoming a full-time sportscar racer could lead to a future appearance in the Le Mans 24 Hours, Nasr added: “I’m really focussed on having a successful year in the IMSA championship. That’s my number one priority.

“I always dreamed about doing Le Mans, maybe other races in WEC, I’ve kept an eye on IndyCar… you never know. In life you have to be open for it.

“At the moment I feel super-happy about the opportunity here and I just want to take it as it comes.”