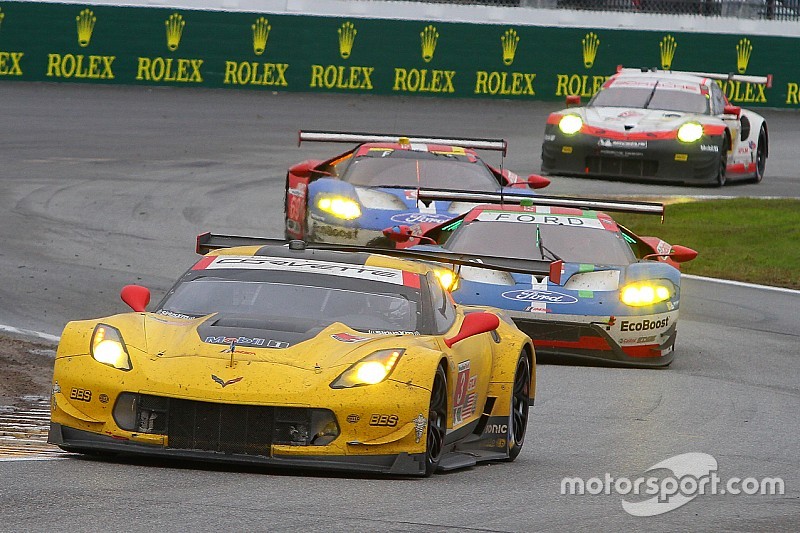 Motorsport.com’s Jan Magnussen looks back on the Rolex 24 Hours at Daytona, which didn’t quit hit the heights of 2016 for Corvette Racing.

The 2017 IMSA WeatherTech SportsCar Championship has kicked off with the Rolex 24 now in our rear-vision mirror – one thing we certainly learned is the competition in the GTLM class is going to be tougher than ever.

After winning two years ago and finishing second by inches last year, this year unfortunately the No.3 Corvette just finished off the podium in fourth place.

Years ago, 24 hour races were often decided with winning margins of minutes or even several laps – that’s not the case anymore.

After 24 hours the final minutes came down a fight between Corvette, Ferrari, Porsche and Ford. It is called an endurance race, but realistically it is a 24-hour sprint race!

Antonio Garcia, Mike Rockenfeller and I had done all we can to put the No.3 into contention. At these endurance races it is all about execution – you have to be fast, keep your nose clean and have no contact, make smart calls on strategy and stay out the pits.

This is made all the more difficult when you have weather like we had at Daytona. The rain throughout the night certainly kept everybody on their toes and we also had to make sure we made the right calls on when to change from Michelin wets to dry tires.

We had ticked every box but we didn’t quite have the outright pace of some of our rivals.

Taking a risk that didn’t come off

Antonio made a move on Ford’s Dirk Muller late in the race into Turn 1 while fighting for second place. He had a really good run on him coming off the banking but was on the outside and couldn’t quite pull it off.

In races like this you have you sometimes have to take chances. Unfortunately, the move left the door open and the Porsche was able to sneak through into third.

When you want to add to your Rolex collection – or win any race really – you have to take risks like this.

Had he got past the Ford, things could have been different. You never know. Those guys later got past the Risi Ferrari and went on to win the race.

Of course we would never have even been in with a chance of that win, or a podium for that matter, without the efforts of the Corvette Racing guys in the pits.

On the final few pit stops of the race our guys were incredible. On the last two stops we entered the pits back in the pack, but got sent out into the lead.

The guys gave us nine positions over the last three stops and seven on last two. Just incredible!

These guys are true racers and train and practice their butts off to shave fractions of a second off every pit stop.

When you are a driver, their efforts give you an extra vote of confidence. A lot of the wins I’ve had at Corvette Racing over the years have been down to these guys.

So now we set our sights on Sebring. Kicking off the year with fourth place isn’t too bad. The way the points system works in the series there isn’t any more points available for the 24-hour race – but there is a lot more time for something to go wrong.

Last year at Sebring we were right contention for the win and I had just made a move for the lead when I got smacked in the right rear by one of the Porsches and sent into the fence. I was on the dry line and the Porsche was trying to defend on the inside which was wet – that didn’t quite go to plan sadly.

I’m looking forward to heading back to Sebring. The Corvette Racing guys never stop in their efforts in trying to improve our car.

The battle will be tough again but we’re looking forward to the fight.

Corvette Racing focused on racecraft in 2017