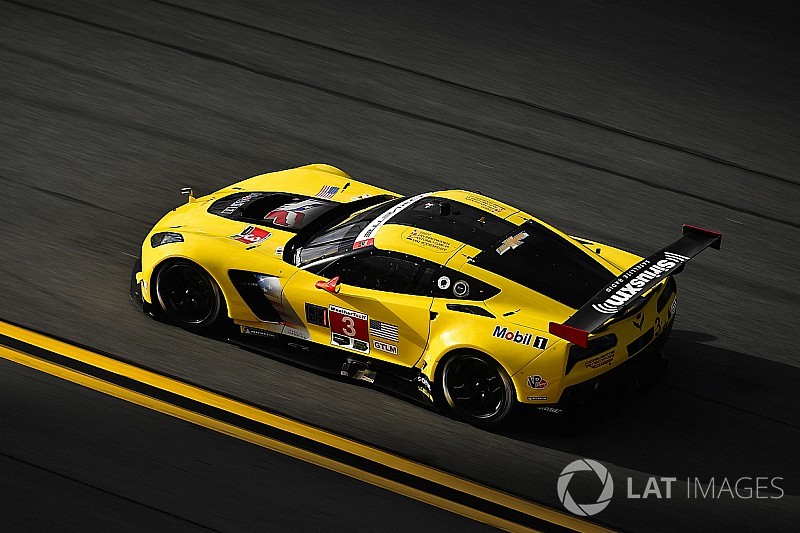 Kicking off the 2018 season with a podium at Daytona is not too bad – I suppose if you can’t win it, you have to think about the points for the championship. But, it's not really what anybody came here for. It was a long day, not that many safety cars, so it was a tough race, really physical race.

The No. 3 Corvette really had a faultless race. Antonio Garcia, Mike Rockenfeller and I had great stints throughout the entire race and the Corvette Racing crew was again at their brilliant best. We had no mistakes, no spins, no reliability issues – there wasn't much more we could do.

We all really wanted that win, but at the end of it, we just didn't have the speed to be able to compete with the Fords when it mattered. We'll have to go back, work a little bit harder, and see what we can get out of Sebring.

That’s four years in a row where we have finished on the lead lap at Daytona. We won here in 2015, were second in ‘16, fourth last year and third this year.

This is a hard race to win, and we were thrilled to take that victory back in 2015 – but all three of us wanted another Rolex and to give the guys at Corvette Racing a great reward for all their efforts.

This championship is again going to be an intense battle all year. Antonio and I managed to win it last year by being incredibly consistent. That is what it is going to take again this year.

The bar is raised every single year. We’re racing against some of the best GT teams in the world and every single manufacturer is throwing a huge effort into their programs.

To come into this year as reigning champions, win the pole and then finish on the podium is a pretty good start to the year.

We know Sebring is also going to be tough – it always is. In some ways, it is a much harder race on the machinery than the Rolex. The cars endure a battering over the bumps, and if you can survive 12 hours of Sebring, you can survive any 24-hour race.

Sharing track space with the prototypes was an exciting challenge at Daytona and will be the same at Sebring. There are now a lot more of them, and the level of competition is pretty intense. You always have to keep one eye on your mirrors (and the great radar system we have in the Corvette) because when one car comes through, there is always another one who is trying to keep on his tail.

Often they don’t want to fall in behind you and will make a lunge where there isn’t room.

In some cases, we had to be pretty forceful to make sure the door was closed entering a corner. The prototypes have more downforce and more grip – if we are left out to dry on the outside of a corner, it can really disturb your rhythm.

The trick is to make sure you get passed where you are not going to lose any time. Or you can sometimes use that traffic to your advantage to close the gap if one of your GTLM rivals is shoved wide and you can follow the prototype through.

At Corvette Racing, we also have spotters who let us know who is coming and how many. There may be one prototype looking to get past – there might be six in a train. It is always handy to know in advance.

Everyone on the team is looking forward to the fight throughout the year. This is Corvette Racing’s 20th season of competition, and we’d love to celebrate that with a heap of wins and another championship.

It’s not going to be easy – but if it was, we wouldn’t be here. We love the challenge, love the fans and are counting down the days until we are back on track.

WEC stars baffled by lack of cautions at Daytona