Jan Magnussen: What winning Daytona means to me 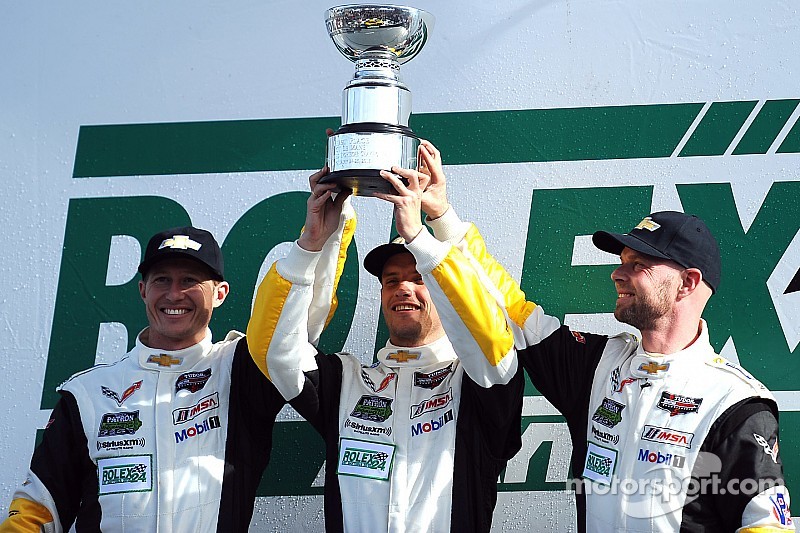 In the first of his columns for Motorsport.com, Jan Magnussen explains how the No.3 Corvette squad won the Rolex 24 at Daytona.

After years of trying to win at Daytona, I’m so thrilled to have done on the weekend with Corvette Racing with Antonio Garcia and Ryan Briscoe.

It was absolutely fantastic, from start to finish. The car was so great to drive. It was a real racecar that you could push and it responded really well in any situation.

It was one of those races where nothing went wrong, not a scratch on the car – just some old rubber and a few dead bugs. Everybody just performed perfectly, the drivers, the team, the crew. Everything was incredible.

It’s hard to believe because I’ve never raced here without, at one point, having to go back to the garage to fix something and then go back out.

It’s pretty special actually to do it this way, and to not get involved in any of the accidents and incidents out there. We just did our own race.

Now we have our sights set on Sebring and really getting stuck into the championship. It took us a few rounds to get rolling last season so to kick off with a win here in Daytona is just brilliant.

We were pushing from the beginning. It was incredible that it was a race for 24 hours. There wasn’t a time in the middle of the race where you could take a breather and let the clock roll out, we just had to push every single lap. It was fantastic. It’s a great way to drive.

Last year we left Daytona a little disappointed after having some “new car issues” so it is great to come back the following year and take the win.

To have two Corvette’s on the podium was also brilliant. The guys in the No.4 car did a brilliant job and if it wasn’t for a couple of incidents, they would have been right there giving us a hard time at the finish.

Both cars were very fast and that is a great sign as we kick off the new season.

It was so exciting sitting there watching the clock tick and we were in a good position by then, finally we had a little bit of a gap, a 30-second gap, and then the yellow came out.

We were trying to figure out who gets a wave by and how many cars between the two. And it ended up being really, really close. Antonio did fantastic. He had lots and lots of pressure at the point but he just kept his head down and did everything perfectly and now all of us have a new Rolex!

A great start to the year

From where we were in the second half of last season to now start off this year with a win is absolutely fantastic. It’s a good way to get the championship going for 2015.

Also, a huge congrats to the whole team but especially Kyle Millay, our engineer for his first Rolex also.

A big thank you must go to all the guys at Corvette Racing. They really did a brilliant job all week and this win wouldn’t have happened without their efforts.

Now we have our sights set on Sebring and really getting stuck into the championship. It took us a few rounds to get rolling last season so to kick off with a win here in Daytona is just brilliant.

There will be no time to rest. BMW, Porsche, Ferrari and Aston Martin were all very fast during the week at Daytona and we certainly won’t be able to rest on our laurels.