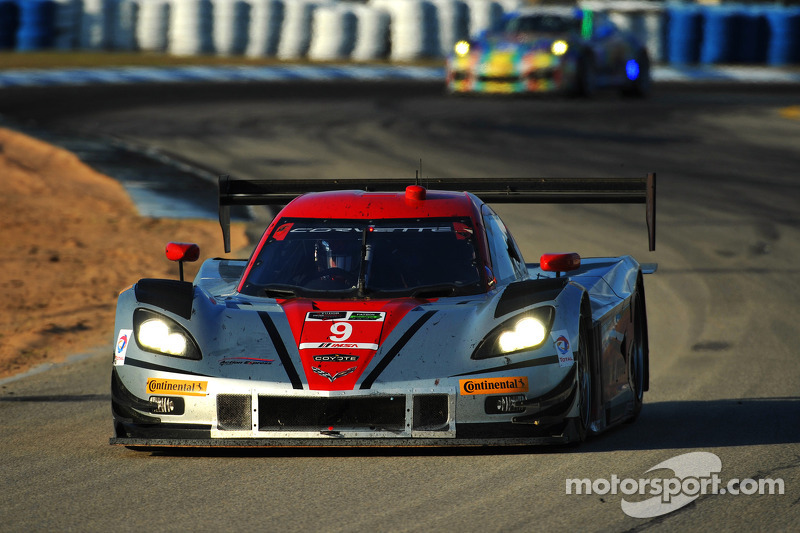 Fogarty first joined Action Express Racing in the Mobil One 12 Hours of Sebring earlier this year.

Denver, N.C. – Sports car veteran Jon Fogarty brings a formidable Watkins Glen racing record to Action Express Racing as he rejoins the team alongside American brothers Burt and Brian Frisselle for the Sahlen’s 6 Hours of the Glen in Round 6 of the IMSA TUDOR United SportsCar Championship, which also marks Round 3 of the Tequila Patron North American Endurance Cup.

Fogarty first joined Action Express Racing in the Mobil One 12 Hours of Sebring earlier this year, sharing the driving duties with brothers Burt and Brian Frisselle in the No. 9 Corvette Daytona Prototype.

The addition further strengthens the team as the Action Express Racing squad looks to capture a third consecutive victory on the fabled upstate New York circuit.

Fogarty, who is GRAND-AM’s all-time leading pole winner with 25, has a strong record of success in the Watkins Glen 6 Hour event. With eight Daytona Prototype starts in the historic race, the Oregon resident has finished on the podium four times. 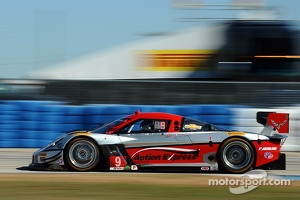 He won in 2007 while driving for GAINSCO Racing and took third and second in 2011 & 2012, respectively. Fogarty drove to a runner-up result in his 2006 debut in the Sahlen’s 6 Hours of the Glen while driving for Blackhawk Racing.

“I’m very much looking forward to returning to Action Express Racing for The Glen,” offered Fogarty. “I was impressed with the group at Sebring, and Action Express has shown just how strong the team is this year and I’m excited to get back to work with them. We have a great relationship and teaming up with the Frisselles in Sebring was a seamless transition. Action Express has had a good run of strong results so far this year and we plan to add another one at The Glen.”

The Frisselle brothers have plenty of experience in the 6 Hour endurance race with a combined 18 starts in the event – including four together as co-drivers. The duo delivered a fifth place finish for Action Express Racing in last year’s event, with Brian netting a third place finish in 2009 and Burt taking his best finish of fourth in 2010.

“I am thrilled to have Jon returning to Action Express to join me and Brian at the Watkins Glen 6 Hour,” said Burt Frisselle. “With the performance changes made to the cars for 2014, having a third driver for this race will allow us to race all out and not have to conserve any energy in what will surely be a grueling event. Jon's experience with so many wins and championships, as well as just being easy to work with, make him the perfect addition. The No. 5 car has been fighting for wins all year long so we know the performance is there. Heading to the Glen, it is the team’s intention to make this the third year in a row for an Action Express victory and a 1-2 finish would be the perfect way to do it!”

“I am really excited to have Jon back with us at the Glen,” added Brian Frisselle. “We didn’t have the finish we had hoped for in Sebring and the Glen offers us a great opportunity to come back with a great result. When we worked with Jon at Sebring, he had great pace and a deep understanding of car setup. Action Express has a great record in the 6 Hour race and I expect both cars to be competing for the win. I am really looking forward to getting back with the team at one of my favorite race events!”

Action Express Racing has won the previous two Sahlen’s 6 Hours of the Glen events. Christian Fittipaldi and Joao Barbosa scored the victory last year, while Barbosa and co-driver Darren Law took the win in 2012. The team looks to make it a ‘three-peat’ with another win in 2014.

“At the 3 hour mark during the upcoming 6 hours of the Glen, the TUDOR Championship will be at its halfway point and with strong runs in each event through the first half of this season, we have been able to hold the momentum we earned at Daytona with our double podium finish,” said Team Manager Gary Nelson. “Our intentions are to come away from Watkins Glen with even stronger momentum to carry us into the second half of our racing season. There is no better way to do that than to stand on the podium again. This team has proven it knows how to wear down the competition both on the track and in the pits. I know we are still getting stronger with each event and I believe the second half of the season will give us a good chance to show everyone how ready we are.”

Grand Prix of Kansas all about newness