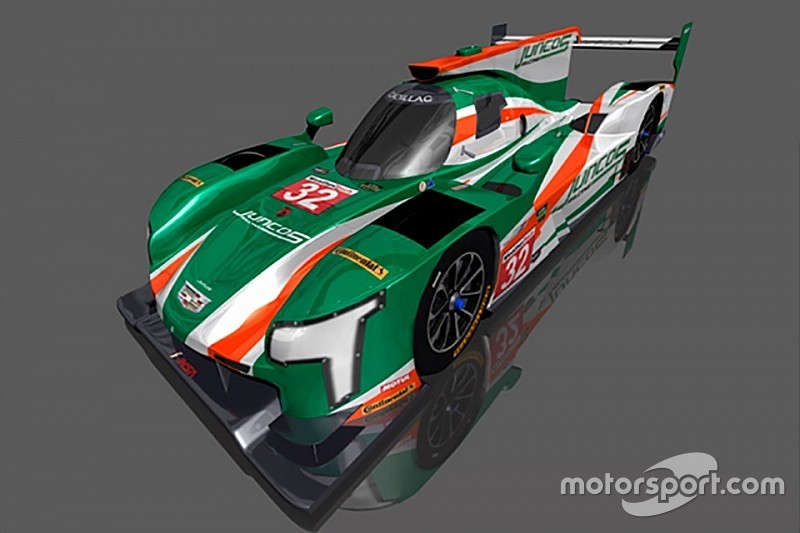 IndyCar and Indy Lights team Juncos Racing has confirmed it will run a sportscar programme in 2019, fielding a Cadillac DPi-V.R in the IMSA WeatherTech SportsCar Championship.

Team principal Ricardo Juncos revealed the plan to bring his championship-winning open-wheeled team to the series just a week after the JDC-Miller squad also announced it was to run two Cadillacs, switching across from its LMP2 Orecas.

“Our entry into the top class of the IMSA WeatherTech SportsCar Championship represents a significant step forward for our company and also bolsters the depth and technical acumen of our teams,” said Juncos. “We are also excited and humbled by the partnership with Cadillac and look forward to representing the brand.

“Cadillac has a proven history of winning and performance within IMSA and provides Juncos Racing with a championship caliber partner to begin its entry into DPi.”

Delivery of the Cadillac is set for the beginning of November, and testing is planned to start in December. The 2019 driver line-up is currently being finalized and will be released at a later date.

“We have worked very hard in the last 20 years to compete as a championship caliber team at all levels of competition and also recognize everyone in our racing family, past and present, that have helped us realize our vision of success, our development as a team, and our passion to work hard and achieve results,” added Juncos.

Laura Wontrop Klauser, Cadillac Racing Program Manager, said: “The Cadillac Racing family continues to grow thanks to strong on-track performances by each team that has campaigned the DPi-V.R in its first two seasons of competition. The addition of Juncos Racing brings more top-tier talent to Cadillac’s DPi-V.R program and more excitement to the IMSA grid.”

“The accomplishments of Ricardo and his Juncos Racing team are impressive – especially having been achieved in such a relatively short period of time,” he said. “He is an inspiration for the entire industry.

“We are pleased and honored by the news of Juncos Racing coming into IMSA along with our partners at Cadillac Racing. Having top-tier teams continue to invest in IMSA and our DPi class is the ultimate validation. This is good news for all involved, but especially our fans.”

Jan Magnussen: We’re going to have to break Ford’s streak