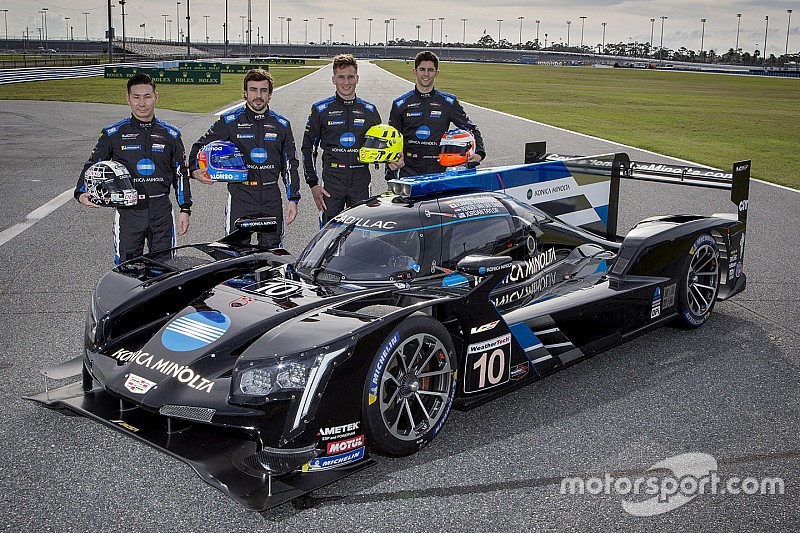 Former Formula 1 driver Kamui Kobayashi sent Wayne Taylor Racing to the head of the times by just 0.008sec in the second session at the Roar Before the Rolex 24 Hours at Daytona.

As teams completed the second session in a three-day test before the Rolex 24, Kobayashi lapped the 3.56-mile course in 1min36.596sec in the WTR Cadillac DPi-V.R that he’ll share with Fernando Alonso and IMSA fulltimers Jordan Taylor and Renger van der Zande.

That was just enough to beat Jonathan Bomarito in the #55 Mazda RT24-P by a mere eight thousandths of a second, and this morning’s pacesetting Mazda, this time driven by Timo Bernhard, by a quarter second.

Helio Castroneves was fifth in the faster of the two Acura Team Penske ARX-05s, with the Action Express Cadillacs next up in the hands of Felipe Nasr and Mike Conway.

CORE autosport, which switched from P2 to DPi for 2019 to run the Nissan program, was an encouraging eighth, less than a second off the ultimate pace, thanks to the best effort of Colin Braun.

PR1/Mathiasen Motorsports’ Matt McMurry was fastest of the three LMP2 cars that took part, but Ben Hanley was a mere 0.2sec slower as DragonSpeed hit the track.

Davide Rigon put Risi Competizione on top in GT Le Mans, lapping the course 0.131sec faster than the best of the Ford GTs, driven by Ryan Briscoe, while Antonio Garcia was third in one of the two Corvette C7.Rs.

Nick Tandy and Earl Bamber in this morning’s pacesetting Porsche 911 RSRs were fourth and fifth, followed by the second Corvette, second Ford and the two BMW M8s.