Renger van der Zande says "weird" set-up changes made by Kamui Kobayashi were partly to thank for Wayne Taylor Racing's stunning pace during the night in the Rolex 24 at Daytona.

Dutchman van der Zande posted the fastest lap of the race - a 1m34.652s - early in the 17th hour of the race during a quintuple stint in which he stretched the advantage of the #10 Cadillac DPi-V.R he shared with Kobayashi, Scott Dixon and Ryan Briscoe.

The quartet went on to secure victory, overcoming a full-course yellow that wiped out a lead of more than a minute and a subsequent penalty for jumping the red light in the pitlane.

Van der Zande described the WTR Caddy as "the best car I’ve driven around this track, for sure", partly thanks to some of the adjustments made after the team qualified fifth, seven tenths off the pace of the pole-winning Mazda RT24-P.

"I think to be honest, it was all done in the preparation," he said when asked what was key to his speed. "From all the four drivers and engineers, we found some items in the car that weren’t working in qualifying but knew it would work in the race.

"Kamui made some really weird changes in the setup in the TC [traction control] but it really helped. We were laughing about it, but it’s not often you feel so naturally and so fast with a car.

WTR's victory means that Kobayashi's perfect record of Rolex 24 wins remains in tact, after he won on his debut with the team last year alongside van der Zande, Jordan Taylor and his former Toyota WEC teammate Fernando Alonso.

The Japanese driver said he enjoyed the process of working on the #10 Cadillac to recover the pace it had been missing during the Roar Before the 24 test.

"When we came here last year, we only had a little chatting," said Kobayashi. "It was so quick. To make the seat in the Roar, it was a little bit short on time, but now we have more time.

"And like Wayne [Taylor] said, we worked together to build the car. We focused in the race, we came back from the Roar we found something good so we bring it back for race weekend. And once we rolled out, it was fast. I think that’s what great as well.

"I’m really happy for the team and all the drivers. This win is all about people helping each other: bringing the speed, bringing the car together. I think the team really felt like family." 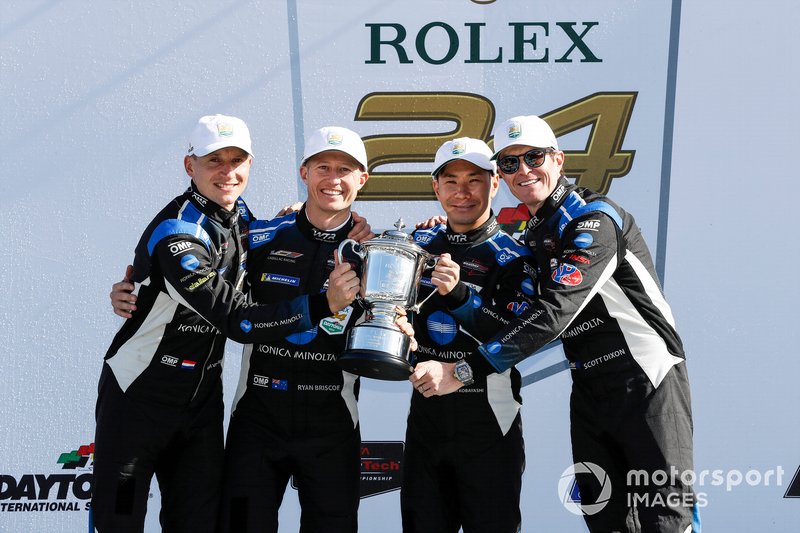