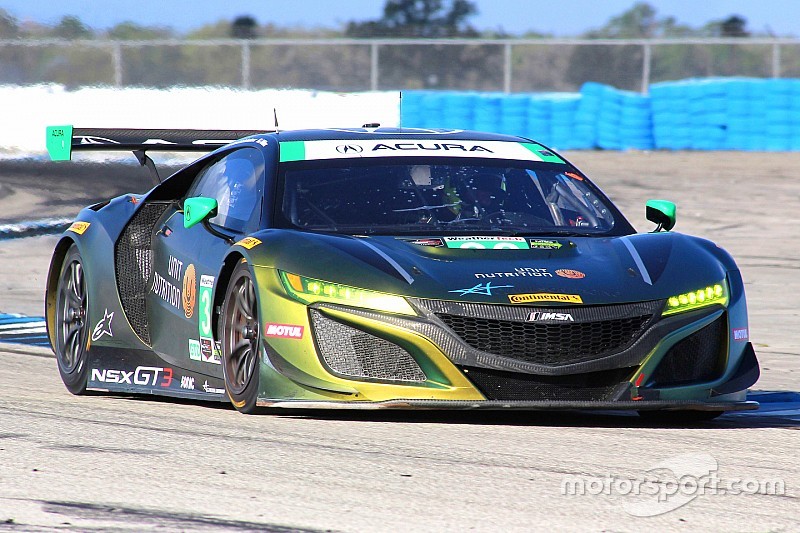 Canadian Kuno Wittmer will make a return to the IMSA WeatherTech SportsCar Championship by competing in the 12 Hours of Sebring, March 17.

Wittmer has been drafted by CJ Wilson Racing to drive the No. 36 Unit Nutrition/CJ Wilson Automotive Group Acura NSX GT3 alongside team regulars Marc Miller and Till Bechtolsheimer.

“I’m truly excited about this opportunity not only to be back in a GT Car but also to be surrounded by such a good team,” said the 35-year-old Wittmer.

“Coming from a factory program last year and finishing the season on a high note with a victory at Petit Le Mans in GTLM, I really did want to get back into the GT ranks with a proper team and competitive team mates. The NSX was car was going through the its development stages in 2017, but clearly showed it’s potential and that has been reflected in the start that the HPD teams have had this year.”

“We asked Kuno to fill out our driver line-up for Sebring because we needed another steady hand with tons of GT experience who would mesh well with Till and Marc,” said Team Manager, Andris Laivins.

“I've known Kuno since the mid-2000's racing touring cars. He was in an Acura then, and it'll be fun to get him back in one and go have some fun in Florida.”

Wittmer and the other competitors will practice on Thursday March 15. They will qualify on Friday and the famed 12-hour endurance race will be staged between 10:40 a.m. and 10:40 p.m. Saturday, March 17.