Juan Pablo Montoya wheeled his Acura ARX-05 to the top of the times in second practice for this weekend's Laguna Seca IMSA WeatherTech SportsCar Championship round, beating the Action Express Racing Cadillac of Pipo Derani by a mere 0.078sec. 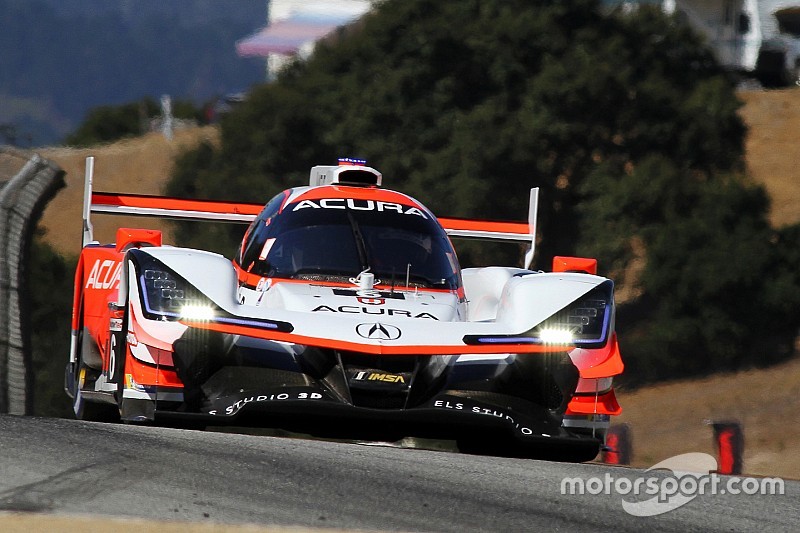 Acura Team Penske’s Montoya set a best lap of 1min16.003sec around the 2.258-mile course to nudge past Derani, while morning pacesetter Oliver Jarvis was 0.4sec down in the best of the Mazda RT24-Ps.

Colin Braun’s best effort in the Nissan DPi of CORE autosport was enough to remain within a second of pacesetter Montoya and also nip ahead of Jordan Taylor’s best in the Wayne Taylor Racing Cadillac.

Corvette Racing, still seeking its 100th IMSA win and its first of 2019, topped the times in GT Le Mans, with the #3 of championship aspirants (and defending champions) Antonio Garcia and Jan Magnussen heading teammate Oliver Gavin by barely more than a tenth of a second.

Third was the Porsche 911 RSR of Patrick Pilet, almost four-tenths slower but well ahead of Dirk Muller in the faster of the two Ford GTs, while Earl Bamber's Porsche, the two BMWs and Ryan Briscoe's Ford closed out the eight-car class.

The Paul Miller Racing Lamborghini Huracan GT3 of Bryan Sellers again led the GT Daytona ranks, but he had less than one tenth of a second margin over Matt Plumb’s Compass Racing McLaren 720S GT3 – while Andy Lally’s Magnus Racing Lambo was even closer behind.

Toni Vilander in the Scuderia Corsa Ferrari 488 GT3 was fourth, but Ben Keating’s best effort in the Riley Mercedes-AMG GT3 was restricted to sixth by Mario Farnbacher, who got the title-contending Acura NSX GT3 of Meyer Shank Racing into fifth.

Third practice begins at 8:45am local (Pacific) time on Saturday.