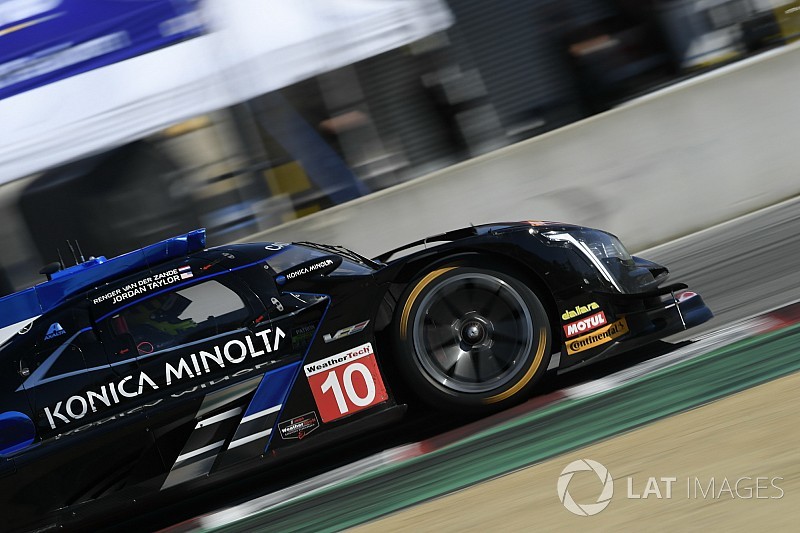 There were two red flags during the one-hour session ahead of qualifying for the IMSA WeatherTech SportsCar Championship’s penultimate round, the first being caused by Townsend Bell, who suffered a mechanical issue in his Scuderia Ferrari 488 and had to stop on course between Turns 5 and 6 .

The second came soon after, when Juan Pablo Montoya spun his #6 Acura Team Penske ARX-05 off track, and rejoined right in front of the sister #7 Acura. That gave his fellow Indy 500-winning teammate Helio Castroneves an alarming moment of avoidance, and Scott Sharp also dropped his ESM Nissan into the sand at the same point.

Castroneves wound up third, ahead of the fastest LMP2 car, the CORE autosport Oreca of Colin Braun and the second Mazda of Jonathan Bomarito.

Tandy led Earl Bamber in a Porsche 911 RSR 1-2 in GT Le Mans, although the latter was mere hundredths quicker than Jesse Krohn’s #24 BMW M8, and only a tenth up on Richard Westbrook in the faster of the two Ford GTs.