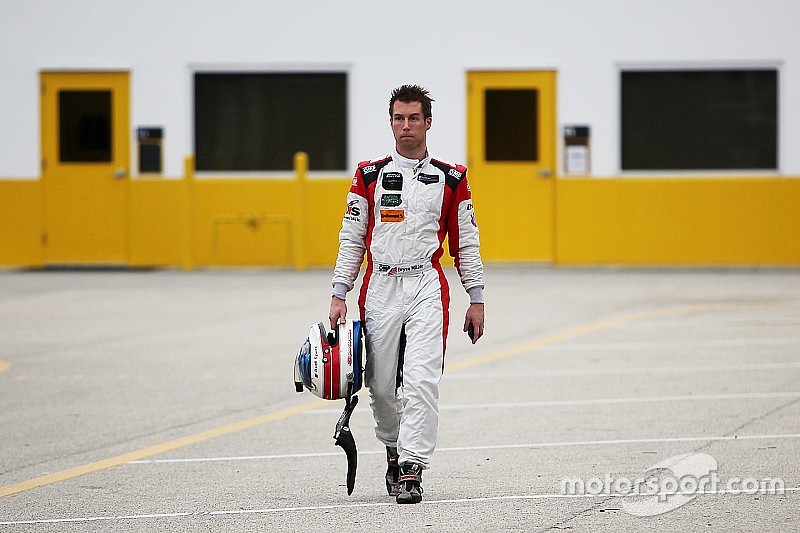 Bryce Miller did not mince words in a release from Paul Miller Racing, blaming Justin Marks for their accident at the front of the GTD field, earlier in the night.

During the eleventh hour, two Lamborghini Huracan GT3 drivers had a coming together at a very high-speed part of the the circuit (end of the front stretch). The two drivers, Bryce Miller and Justin Marks, were battling for the top spot in GTD and were forced back into the garage after the incident.

The only footage of the incident that has surfaces does not show the initial contact that led to the accident, but it does capture the immediate aftermath.

In a release from Paul Miller Racing, Bryce Miller gave an explanation of what happened from his vantage point.

"It's a real shame and it's really unnecessary that our contention for this race is done at the halfway point. The other car really rammed into us; it wasn't contact that you could attempt to recover from.

"I was committed to a full braking zone, pulling downshifts and setting up for turn one, and he came from a distance back and did a banzai maneuver. The contact he made with the left-rear corner was really significant, enough to completely spin the car down the inside pit wall.

"It really chewed the car up and we lost a lot of time in the garage. I feel really disheartened, I feel bad for the team and my co-drivers. This is going to be a really hard one to get over, knowing that we had such a good car."